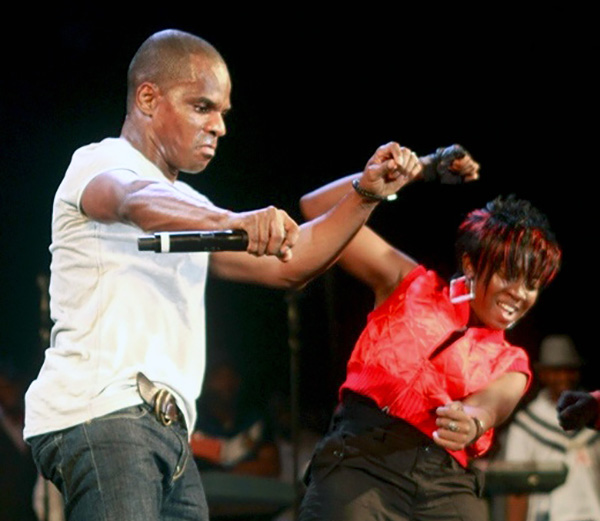 Christian artist Kirk Franklin has announced that he is boycotting future Dove awards after comments surrounding racial injustice were edited out of his speech.

The gospel musician, singer, songwriter and author, who is best known for leading urban contemporary gospel choirs such as The Family, God’s Property, and One Nation Crew among many others, took to Instagram to share his disappointment.

“I feel like quitting,” he stated. “I am heartbroken that I even have to share this with you. In 2016, I was blessed to win an award for best Gospel Artist Artist of the Year at the Dove awards. For those who don’t know, the Dove Awards are the comparison of the Christian Grammys.

“For so long, the terms ‘Christian’ and ‘Gospel’ for many were codewords for ‘black’ and ‘white’, which history may teach us was a set up for this unfortunate place we find ourselves in today.

“During that awards speech I felt the responsibility, as a Christian and a man of colour, to address the civil unrest at that time that was plaguing our country.

“I called upon the audience to remind them that as Christians, when we say nothing, we say everything. Unfortunately, when my speech was aired on TV, that part was edited out.

Franklin then told his audience that, after airing his concerns to both the award organizers and Trinity Broadcasting Network, the organizers told him they would rectify the issue so it would not happen again. He stated that he never received a response from TBN.

However, in his words, “history repeated itself in 2019” when Franklin was humbled to win the same award. During his speech, he asked the audience for prayer over a black woman who was killed. Last week, during the airing of the awards, that part of his speech was edited out.

The unedited version of his speech can be seen below.

“After a meeting with the Dove Awards committee and TBN, I have made the decision after prayer to not attend any events associated with the Dove awards, Gospel Music Association, or TBN until tangible plans are put in place to protect and champion cultural diversity,” he confirmed.

The Grammy award-winning artist has won numerous awards, including 13 Grammys. Variety dubbed Franklin as a “Reigning King of Urban Gospel”.