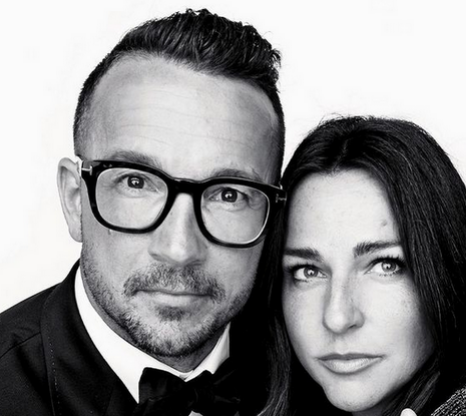 The last twelve months have been particularly painful for Laura Lentz, the wife of former Hillsong New York pastor Carl Lentz, and the mom of three recently opened up on the struggles she has faced.

Lentz has not only had to face the news that her husband had had an affair, with some claiming multiple indiscretions, but had to leave New York and start a new life on the other side of the country. Her family’s livelihood has been lost – and all for something she was not responsible for.

Lentz has mostly kept quiet through the ordeal, avoiding the limelight while both her husband and Hillsong as an organization have faced huge media publicity… and for all the wrong reasons.

Posting photos of artist Ciuciu Sebastian’s work, in an Instagram post, she stated, “As I scrolled through so many of @ciuciu.sebastian pieces my eye was drawn to this one, & when I asked his wife @alina.ciuciu about it she told me the name was “BEAUTIFUL SCARS”… I started to cry it may not mean much to you but this past year was a doozy for our family.

“I have dealt with so much personally, I have never experienced anxiety or PTSD until this year! I have struggled with a mild depression for many years, but this year it got to be so bad that there were days I didn’t want to get out of bed… although I wouldn’t wish my journey on my worst enemy (I apparently have a few), I would not change my story!!”

Carl Lentz reportedly entered rehab late last year as the emotional turmoil he endured had taken a toll on his health. His sacking saw Hillsong forced into damage control as its American operation endured challenge after challenge. There were reports that church funds were used inappropriately, the family’s former nanny spoke out, accused Carl of “bullying, abuse of power and sexual abuse”.

In addition, the Discovery+ channel announced it was producing a three-part documentary to cover the Lentz scandal. Titled Breaking Hillsong, it will reportedly follow the rise and fall of the former pastor Carl Lentz.

However, Laura continues to stand strong through it all. The worst appears to be over, she and her family are now well and truly out of the spotlight, and they have the time and space to heal and move on to the next phase of their lives, whatever that may be.

“I know as I continue on my journey of healing, learning to put myself first, focus on my family and grow in my marriage, I can use my story so far to help someone else!” she continued. “Don’t get me wrong, it’s not easy. Everyday I feel the trauma, the thoughts and memories. and geez (sic) am I grateful for my therapists!”

“We all have scars from many of life’s experiences, and I am choosing to see mine as “BEAUTIFUL”… this artwork is my reminder – the bumps, rips and rough parts!”