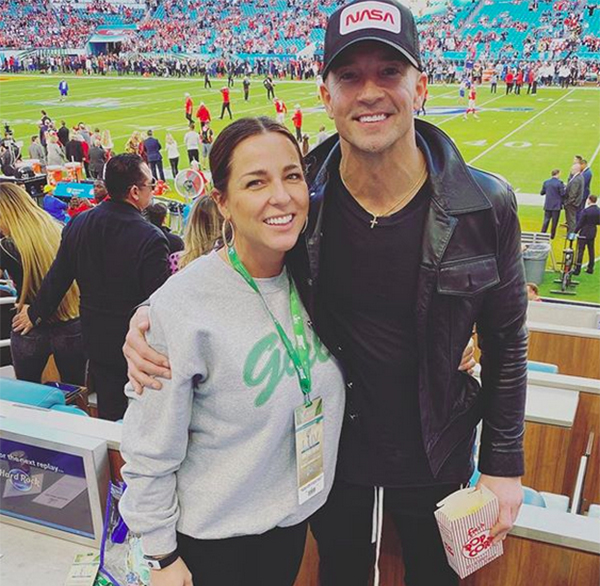 After the 2020 firing of Hillsong New York pastor Carl Lentz, his wife Laura has spoken for the first time.

Lentz, the celebrity pastor who was fired and confessed in an Instagram post that he was unfaithful to his wife, has reportedly moved his family to Los Angeles in an attempt to find some space to reset their lives. His wife Laura, who has been a part of Hillsong church for some decades, has for the first time spoken about the situation the Lentzs now find themselves in.

Related: Justin Bieber Slams Pastors Who ‘Put Themselves on a Pedestal’

“I have looked at these palm trees everyday for the past few months & there are many symbolic meanings to these amazing trees,” she stated on Instagram, posing a photo looking up at LA’s famous palm trees. “A few that have resonated with me during this season of my life: they are strong, can weather the biggest storms, they always grow upwards. Freedom, righteousness, reward, resurrection just to name a few… I have taken time away from social media because it was not good for my soul, I have blocked & deleted more people & comments than I can count. Trolls are cowards, SOME “Christians” are anything but kind, gracious, or loving… but that won’t stop me from growing upwards & getting stronger.”

Her husband reportedly had an affair with a New York woman named Ranin, who would not reveal her surname, and who also stated that she is a Muslim. She told The Sun last year that she was not aware that Lentz was a pastor, nor married. The pair reportedly broke up soon after.

In an interview with The Sun, she said: “I wasn’t there for just sex, we both found comfort and a deep, special connection with each other. I am very hurt because we both feel the same way about each other. He loves me and I love him. It was a love relationship that wasn’t planned. It wasn’t just a fling or just a sexual relationship.”

“I have learnt a lot about myself over the past few months,” Laura continued. “Now more than ever I know the kindness of God, His grace, forgiveness & strength. I have found true friendships- the ones who have been with me on the mountaintops are the same ones who are with me during my darkest valley!! I will not forget who abandoned us, but I choose to keep my heart free of bitterness & remain thankful for those that have stayed & loved us.

“I don’t want to judge others nor do I want to be judged… one thing a friend told me during this time is, ‘I would rather be accused of being too gracious toward someone, over being accused of judging someone too harshly”’… I want to be known as a woman who sees the good in people & truly loves people unconditionally…”

Lentz has received a lot of love for her Instagram post, including from Hillsong senior pastor and co-founder, Bobbie Houston, who commented: “Laura. It’s been an arduous, taxing and sad season,” Houston commented. “Time is a faithful friend when we allow it to heal. Glad you are feeling stronger. Praying better days are ahead for everyone. — Bobbie.”

Hillsong has since been forced to announce a raft of changes after having to face fresh allegations that staff at the NYC church used funds from church giving on personal expenses. According to a new report in the New York Post, Pastors and staff apparently freely used debit-like “PEX” — or pre-paid expense — cards for whatever their hearts desired, several former members and staff told The Post. The source of the funds was money donated or “tithed” by members, said former Hillsong LA service pastor Nicole Herman, who personally loaded the funds onto the PEX cards.