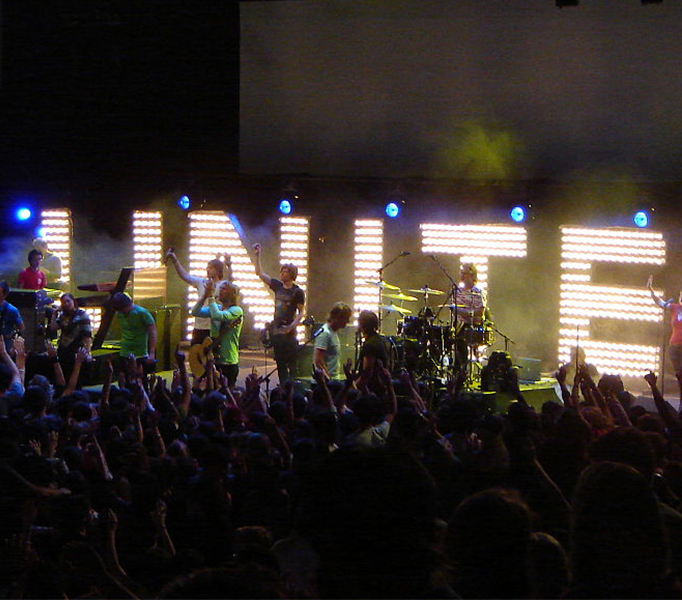 After enduring months of bad press and controversy after the sacking of the church’s senior pastor, Carl Lentz, Hillsong New York City is now having to face fresh allegations that staff at the church have used funds from giving on personal expenses.

According to a new report in the New York Post, Pastors and staff apparently freely used debit-like “PEX” — or pre-paid expense — cards for whatever their hearts desired, several former members and staff told The Post. The source of the funds was money donated or “tithed” by members, said former Hillsong LA service pastor Nicole Herman, who personally loaded the funds onto the PEX cards.

“I was instructed to fill them,” said Herman, who helped found the church’s California branch in 2013. “We had a team count the tithes after every service and they would allocate X amount of money for the PEX cards.” The PEX cards were reloadable and given to volunteers to make purchases for the church and pastors, said Herman, who left the church two years ago. Pastors, including Lentz, got their own Hillsong credit cards in addition to the PEX cards they handed out to their volunteers.

While the pair are now acrimoniously divorced, Herman’s former husband was the CFO of Hillsong LA, “so everything on the PEX cards had to be refilled through him,” she told The Post, confirming that “none of that money was coming from anywhere else” besides church tithes. Herman’s ex did not respond to a request for comment.

Lentz had been the pastor of Hillsong New York since 2010 with his Australian wife, Laura. He was a hit with the young and hip of New York, helping build a vibrant church in one of the world’s most powerful, yet secular, cities.

He has been seen as a celebrity pastor, as well as looked to by secular media for comments on Christianity and the church.

In 2010, he co-founded Hillsong NYC in New York City with Joel Houston. Hillsong NYC currently has about 9,000 attendees among its 6 weekly services held at the Hammerstein Ballroom in Manhattan and the Welmont Theatre in Montclair, New Jersey.

In 2017, Hillsong NYC expanded to campuses in Connecticut and Boston.

Lentz baptized Justin Bieber, was present at the baptism of Kevin Durant, and has befriended various other well-known people.

Hillsong has not yet responded to the allegations.