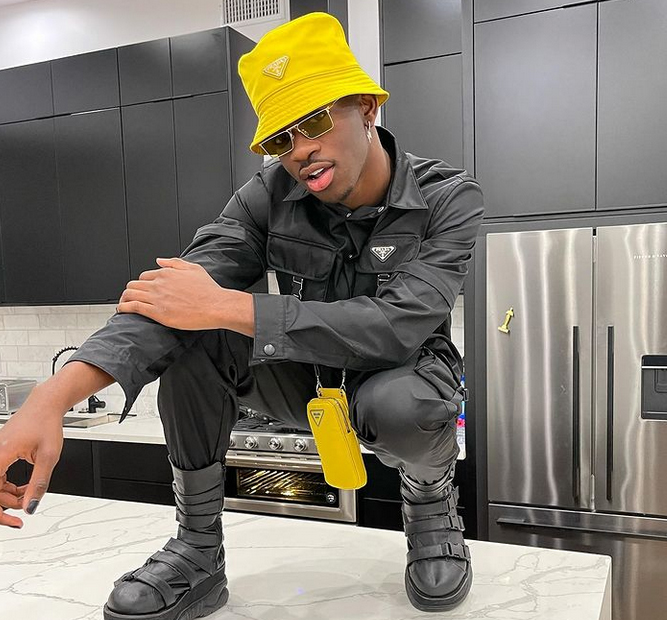 Rapper Lil Nas X has been condemned after promoting and selling shoes that are reported to contain a drop of human blood.

The “Old Town Road” artist has collaborated with the streetwear company MSCHF on a pair of “Satan Shoes”. Only 666 pairs went on sale Monday. The controversial kicks — apparently modified Nike Air Max 97s — are decorated with a pentagram pendant and a reference to Luke 10:18, a Bible verse about Satan’s fall from heaven.

The shoes sold out shortly after going on sale at $1,018 per pair.

The sneakers also contain a drop of human blood in the sole, drawn from members of the Brooklyn-based streetwear company, MSCHF.

Franklin Graham has responded stating,”This is a dangerous marketing endeavor if you ask me. Rapper Lil Nas X is producing 666 pairs of Nike shoes they’re calling “Satan Shoes.” They even go so far as to put a drop of human blood in the soles. The shoes are part of promoting a new music video in which this rapper descends down a stripper pole and gives Satan a lap dance.

“The morals in this country have fallen so fast, and many times the entertainment industry is leading the way.The Word of God says, “And do not fear those who kill the body but cannot kill the soul. Rather fear him who can destroy both soul and body in hell” (Matthew 10:28). Hell is a real place, and so is the eternal torment of those who reject Jesus Christ as Lord and Savior.”

Meanwhile, Nike has denied any involvement, stating they were custom adaptions of existing products and that they have had no collaboration agreement in place.

“We do not have a relationship with Little Nas X or MSCHF,” Nike said in a statement. “Nike did not design or release these shoes and we do not endorse them.”