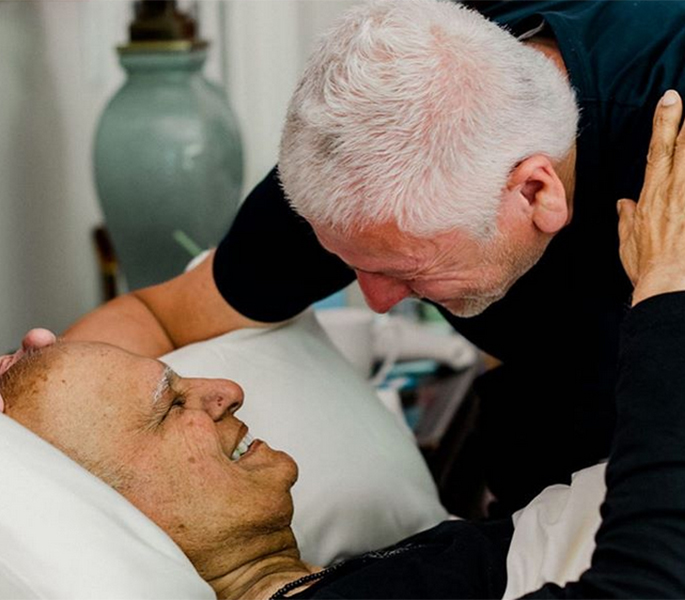 As popular apologist Ravi Zacharias was close to taking his final breaths, Louie Giglio was able to meet with him and spend time together. He caught the special moment and posted a touching tribute to social media.

From back surgery for pain in his spine, to crippling pain after the operation, the doctors then found a rare form of cancer. And as cancer can be so brutal, from diagnosis to death, Ravi was gone in a matter of months.

“I’ve struggled in recent weeks to not allow the death of my friend @ravizacharias to get swallowed up in the gulf of injustice and outrage that rightly defines our nation in these days,” posted Giglio, just as America has descended into some of its darkest days as the riots raged over the death of George Floyd.

“We had this beautiful moment of laughter—and a lot of tears—as we said goodbye just days before he was catapulted into Heaven from this very spot of earth.

‘I and our team were so eager to serve @rzimhq in assisting with the memorial service I have barely had time to grieve. But #thankyouravi for showing me such humility and compassion and love for all people.

“My deepest gratitude to the Zacharias family for the gift of saying an earthly goodbye to my friend and for capturing and allowing me to share this treasured moment.”

Ravi’s work will live on through Ravi Zacharias International Ministries, where is daughter is the current CEO.