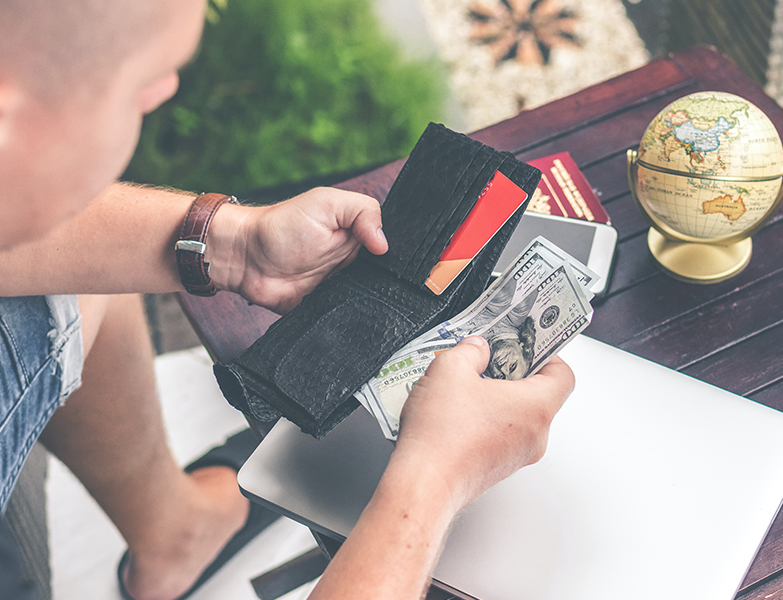 The defendants allegedly presented themselves as pastors and targeted churchgoers, promised investments in foreign currency and cryptocurrency and spent investor funds on lavish lifestyles.

“The defendants allegedly recruited investors at churches, presenting themselves as pastors concerned about the investors’ financial freedom,” said U.S. Attorney Robert K. Hur.  “The indictment alleges that instead, the defendants used new investments to further their Ponzi scheme and to fund their lavish lifestyles, including luxury vehicles and private jets.”

“In a time of such financial insecurity, the defendants allegedly preyed on their victims with false hope of financial security,” said FBI Special Agent in Charge Jennifer Boone.  “They used the victims’ hard earned money for luxury cars, private jets and family vacations while the victims ended up with false promises and empty hopes.”

“The U.S. Postal Inspection Service has a proud history of protecting the American public from fraud by thwarting criminals using our nation’s mail system in furtherance of their scams,” said Postal Inspector in Charge Peter R. Rendina.  “This case represents excellent work from Postal Inspectors and our federal law enforcement partners.”

According to the indictment, Jali was the sole owner of The Smart Partners LLC (“Smart Partners”), which Jali organized in Delaware on January 12, 2017.  From at least August 2017 until May 2019, Smart Partners was doing business as “1st Million Dollars,” or “1st Million,” which Jali caused to be registered as a limited liability company with the Maryland Department of Assessments and Taxation on January 17, 2019.  1st Million’s offices were headquartered in Largo, Maryland, but had satellite offices elsewhere, including Florida.  Jali served as 1st Million’s Chief Executive Officer and Frimpong served as Chief Marketing Officer.  From May 2018 until May 2019, Johnson served as 1st Million’s Chief Operating Officer.

As alleged in the indictment, 1st Million presented itself as a wealth management and financial literacy company, with its core business offering being a 12-month guaranteed investment contract.  These investment contracts, entitled “Corporate Guarantees,” allegedly guaranteed individuals who invested money with 1st Million monthly returns ranging from 6% to 35% of the initial investment.  At the end of the investment period, the contract allegedly promised that the investor would receive the return of all of the principal invested.

The indictment alleges that the contract represented that the client’s principal would be invested in foreign currency or cryptocurrency.  Cryptocurrency is digital or virtual currency that does not exist in any physical form and is not issued by any government or centralized entity.  Cryptocurrency is designed to work as a secure medium of exchange and can be bought, sold, and exchanged on various online platforms and exchanges.

The indictment alleges that Jali, Frimpong, and Johnson recruited victims to invest in 1st Million by holding promotional events at upscale hotels and event spaces, attending church-sponsored events intended to target investments from churchgoers, and representing themselves as religious men more interested in the philanthropic financial freedom of others than personal financial gain.  The defendants allegedly presented themselves as “pastors,” and told prospective investors that 1st Million’s work was in furtherance of God’s mission as it helped churches and their members achieve personal wealth and financial freedom.

To encourage individuals to invest with 1st Million, Jali, Frimpong, and Johnson allegedly falsely stated that: investors’ principal would be held in a trust account protected from any financial instability of 1st Million or market volatility; that 1st Million and its traders, including Jali and Frimpong were fully licensed and qualified to pursue their investment activities by all relevant federal regulators, including the Securities and Exchange Commission (SEC), and had extensive experience trading on Wall Street; that the financial condition of the company was healthy and earning astronomical profits; and that the investors’ money would be used to invest in foreign currency and cryptocurrency markets, when in fact, investors’ money was used to pay earlier investors and diverted for the personal use of Jali, Frimpong, and Johnson.  To increase the amount of money obtained from investors, the defendants allegedly promised higher guaranteed rates of return to 1st Million investors who invested greater amounts of money in the investment contracts.

As detailed in the indictment, Jali, Frimpong, and Johnson promised investors that they could increase the returns on their investments, typically by 0.5% per month, for every new investor they successfully recruited to 1st Million.  The defendants allegedly hired “agents” of 1st Million to organize recruiting events to attract more investors, in exchange for a higher return on the agents’ investments.  Jali further recruited investors by allegedly misrepresenting his own personal wealth and exhibiting a lavish lifestyle purportedly paid from his successful currency trading on his personal accounts when, in fact, his lavish lifestyle was allegedly paid for with diverted investor funds.

For example, the indictment alleges that Jali spent at least $47,000 of investor money on luxury vehicles and approximately $78,000 on private jets that he used to fly on personal or semi-personal trips, including a flight from Charlotte, North Carolina to Washington, D.C. on January 9, 2019, with Jali, his wife, and his three children as the only passengers.

Over the course of the conspiracy, the indictment alleges that the defendants persuaded or attempted to persuade investors to provide them with wire transfers, checks, and cash totaling more than $28 million, from numerous victims, under the fraudulent pretense of investing in the foreign exchange and cryptocurrency markets.  The indictment seeks a money judgment of at least $28,021,868.01, including $2,481,994.57 seized from 10 bank accounts associated with the defendants, and a 2016 Porsche SUV.

A federal district court judge will determine any sentence after taking into account the U.S. Sentencing Guidelines and other statutory factors.  Frimpong has an initial appearance in U.S. District Court in Greenbelt today at 2:00 p.m. before U.S. Magistrate Judge Timothy J. Sullivan.  Johnson is scheduled to appear before Magistrate Judge Sullivan for his initial appearance on Monday, August 31, 2020.

An indictment is not a finding of guilt.  An individual charged by indictment is presumed innocent unless and until proven guilty at some later criminal proceedings.

The Securities and Exchange Commission and the U.S. Commodity Futures Trading Commission also filed civil actions against the defendants today.