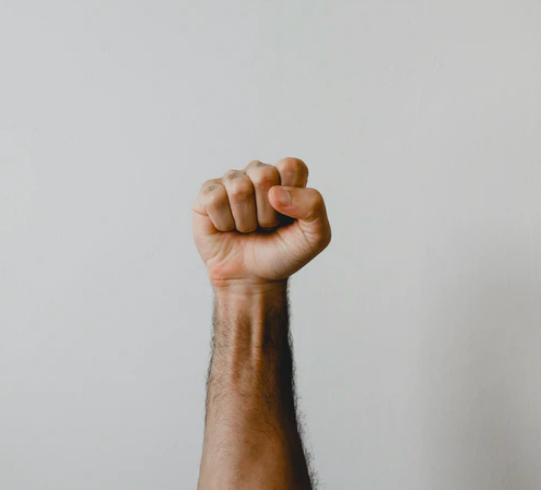 The term ‘resilience’ commonly refers to accepting a new reality caused by adversity, and to harness mental, emotional, and psychological resources to recover from sources of stress.

In his book, Ascent, Crest, Perspective – The Making of a Bamboo Camel, Ross documents his experiences while working as a health communication and cross-cultural training specialist during times of civil unrest in places like Seychelles, Philippines, Pakistan and Cambodia, sometimes while bombs exploded close by and safety was considered a luxury.

‘Steadfastness’ comes from the Greek noun hypomoné, meaning not to be swerved from a purpose.

In Ascent, Crest, Perspective – The Making of a Bamboo Camel, Ross shares a story that exemplifies steadfastness.

A 17 foot boat caught in a menacing storm, buffeted by blustery onshore gusts as onlookers rushed to pull it onto the beach. Crashing waves were flooding the hull. They decided to turn the bow of the boat into the waves and push the craft back out to sea.

Then, in the relative calm, Ross’s friend climbed onto the craft, securing it with two anchors and bailed out excess water. As the storm pounded the coast all day, the boat rose and lifted, twisted and strained against the anchor chains, but it was safe in the midst of the storm.

Ross says, “We are all called to a purpose and designed in such a way to accomplish that purpose. We can all safely claim we are uniquely designed for some situations that others are not, and remain steadfast with Providence as our anchor.”

That’s why Ross describes his collection of stories as The Making of a Bamboo Camel. Bamboo first attracted his attention in the Seychelles. Although simple and vulnerable in many ways, it is versatile. Parts of bamboo were fashioned into all sorts of handicrafts, hats, fabrics, fish traps, ashtrays, bags, mats, and chairs and other furniture. Poles were used as scaffolding on construction projects and worked into housing material for walls and floors. https://www.youtube.com/embed/LB4dBPAqMb0?feature=oembed

Bamboo is stable in tough conditions, it can bend with great flexibility, and only break under severe forces. Unlike other plant life, bamboo requires little outside management or tending.

And the maligned camel is a bit ugly because it can’t make up its mind whether it’s a horse or giraffe. And can be cantankerous when provoked. Admire the animal, though, for its design and tolerance in tough environments. A study of a camel’s physiology reveals design features that protect it from harsh sun and blowing sand, and conserve body fluids to avoid water loss and dehydration.

Another fascinating fact. There are 99 names for God in Islam. According to Somalis, the camel ambles, head held high with noble dignity and a self-satisfied smirk on its face because only to the camel has God’s one hundredth name been revealed.

Versatility and steadfastness in tough environments made it possible for Ross and his family to venture into places others did not want to go. Sometimes those places were physical locations or situations; sometimes they were conceptual places, ideas and methods others were yet to recognize or understand. There were times of simply plodding through deserts of discouragement and frustration, yearning for oases of emotional refreshment, but always with confidence that Providence was at work.

The clear message from this book is that life is not about survival but about arrival. Not whether you get there but what you have become by the time you do.

Like the boat rising above stormy waters, we are each designed to fulfill a specific purpose and we are anchored in the promises of Providence, the Living God, as Abraham was, to keep us steadfast, with an unshakeable core, not swerving from our purpose.

In Ascent, Crest, Perspective – Ross says, “Let go. Let God. Providence is working for our good in all things.”

The book is now available globally.