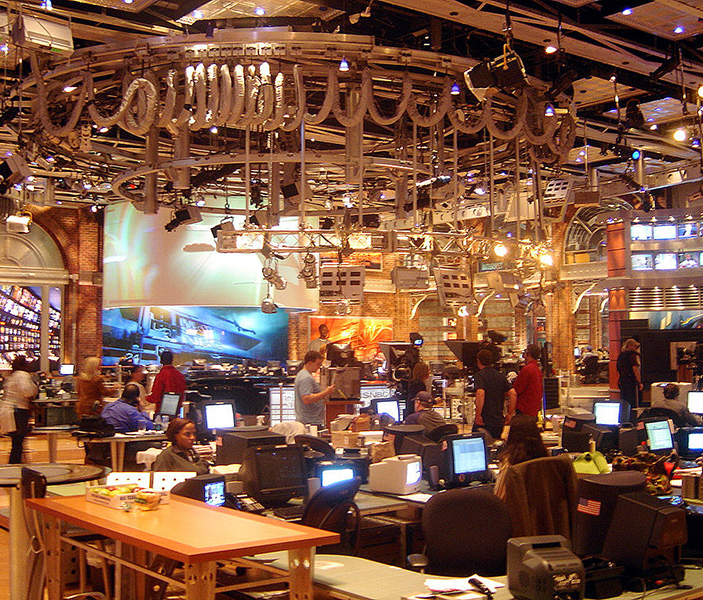 I know it sounds like an April Fools headline. But it is not. On March 30, MSNBC host Craig Melvin asked Rev. T. D. Jakes to pray for America in the midst of the coronavirus scare. Melvin even bowed his head as Jakes prayed. This is a sign of the times. Americans are turning to God.

And note this: Jakes prayed in Christ’s name. On live, national TV. On MSNBC. Did I say this was not April Fools?

Melvin said, “For folks who aren’t able to get to church yesterday, I’ve never actually done this on the air. Can you lead us in prayer for 30 seconds?”

Jakes responded immediately with this prayer: “Our Father and our God, we bow our heads to you in humility, understanding that we are not competent in and of ourselves to handle this kind of global calamity. We look to You, Lord, to be the source, the strength, the help, the light that we need, strengthen our first responders, strengthen even our broadcast people, strengthen all of us whose lives have been devastated and disrupted and give us the peace that passes all understanding. In Christ’s name we pray, Amen.”

Yes, this happened live on MSNBC.

In keeping with this, the Drudge Report carried the headline, “AMERICANS TURNING TO PRAYER,” linked to a Pew Research article which shared the results of Pew’s latest survey.

Not only so, but the virus “also has impacted Americans’ religious behaviors. More than half of all U.S. adults (55%) say they have prayed for an end to the spread of coronavirus. Large majorities of Americans who pray daily (86%) and of U.S. Christians (73%) have taken to prayer during the outbreak – but so have some who say they seldom or never pray and people who say they do not belong to any religion (15% and 24%, respectively).”

People who rarely pray or who never pray are praying. Some fear for their lives. Others question the very meaning of life. Still others recognize the need for divine intervention. And still others are feeling lonely and isolated. Pandemics and plagues tend to have that effect.

Suddenly we realize how small we are and how fragile life is. Suddenly we think more deeply about why we are here, what we are doing, and where are we going.

Losing loved ones can also have a profound effect on us. Is that it? Is it all over? Will never see each other again? Is there life after death? Is there any purpose or destiny or meaning to be found in our years here on the earth?

A 38-year-old doctor in Italy, Dr. Julian Urban, described what life was like as he cared for the virus-stricken in Lombard: “Never in my darkest nightmares did I imagine that I would see and experience what has been going on in Italy in our hospital the past three weeks. The nightmare flows, and the river gets bigger and bigger.”

This had a profound effect on Dr. Urban, himself an atheist. As he explained, “Until two weeks ago, my colleagues and I were atheists. It was normal because we are doctors. We learned that science excludes the presence of God.”

But as he and his colleagues came to the end of themselves, they noticed a 75-year-old pastor, himself sick with the virus, but constantly ministering to others. The doctors would come and listen to him.

He said, “We have reached our limits. We can do no more. People are dying every day. We are exhausted. We have two colleagues who have died and others that have been infected.”

And so they realized, “We needed to start asking God for help.”

Now, “When we talk to each other, we cannot believe that, though we were once fierce atheists, we are now daily in search of peace, asking the Lord to help us continue so that we can take care of the sick.”

When this godly pastor did succumb to the virus, Dr. Urban was sure he went to be with the Lord. Dr. Urban plans to join him there one day.

That’s why, at a time like this, it is no surprise to see the Wall Street Journal – not Christianity Today or Charisma – running an op-ed with the headline, “A Coronavirus Great Awakening?”

Indeed, the article by Robert Nicholson reminds us that, “Sometimes the most important ingredient for spiritual renewal is a cataclysmic event.”

He asks, “Could a plague of biblical proportions be America’s best hope for religious revival?”

His answer, “As the 75th anniversary of the end of World War II approaches, there is reason to think so.”

Of course, skeptics and mockers would argue that, during times of crisis, people make up fairy tales and pray to the gods and idols they have made. And to some extent, I agree. Not every prayer is a real cry for help, and not every prayer is truly directed to God.

On the other hand, for many others, the reality is the exact opposite of what the skeptics and mockers envision. People turn away from the fairy tales they have made up and from the idols they have created. They realize that the things of this world cannot satisfy the deepest longest of their heart or answer the pressing questions of the age. They realize there must be more. They realize they need help. And they pray.

“Father, hear the prayers of millions of Americans and send us the revival we so desperately need!”