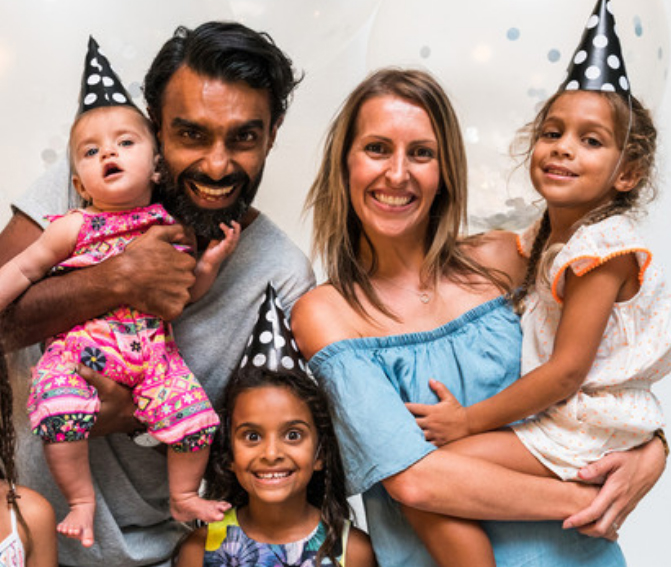 After sensationally sacking the high profile Carl Lentz last year after he admitted to an affair, the church has finally been able to appoint new pastors to lead the church forward.

Australian pastors Chrishan and Danielle Jeyaratnam, who are currently pastors at the Hillsong campus in Perth, Western Australia, will make the move to the Big Apple to oversee what is expected to be a new era for the church.

Pastor Houston made the announcement during last Sunday’s annual vision Sunday church service, which can be viewed below.

As his bio on the church website states, Chrishan and Danielle are the State Oversights for Hillsong’s Western Australia and Bali Campuses. Chrishan has grown up in Hillsong Church, attending since he was seven, and Danielle has been a member since her senior years in high school. Over the years the couple have served in various areas of church life, including young adults, youth, Sisterhood and campus pastoring at Hillsong City Campus in Sydney.

“Every Hillsong location must honour our commitment to creating a caring and healthy environment for our team, volunteers and members,” Brian Houston explained. “Under the previous pastor, this was not always the case. Serious concerns and incidents must never be ignored. When problems arise, proper and effective reporting mechanisms must be in place. And proper guidelines should be enforced. And when failings occur, especially among senior leaders, they must be addressed.

“I think everybody knows that it’s been a very challenging season at Hillsong in the United States, in New York. It has been hit hard, but I know God is gonna rebuild. He rescues, he restores, he rebuilds. During the process, we’ve not up till this point decided on Hillsong East Coast lead pastors. But we have now. It has been quite a process.”

Pastor Houston also added that he and his wife Bobbi intend raising up young leaders within Australia, where they are based, to allow them time to do other things. While he confirmed he will not retire, he stated, “We’ll still being around, still be preaching, still be part of the team. But you know, we’ve got things in our hearts. We’re heading towards our 70s; there’s a whole lot of things we’d like to be doing.

“Not putting any time on this. We’re definitely not retiring. But I do think that it’s time for us to look at a whole new season, for us personally and for our church as well.”