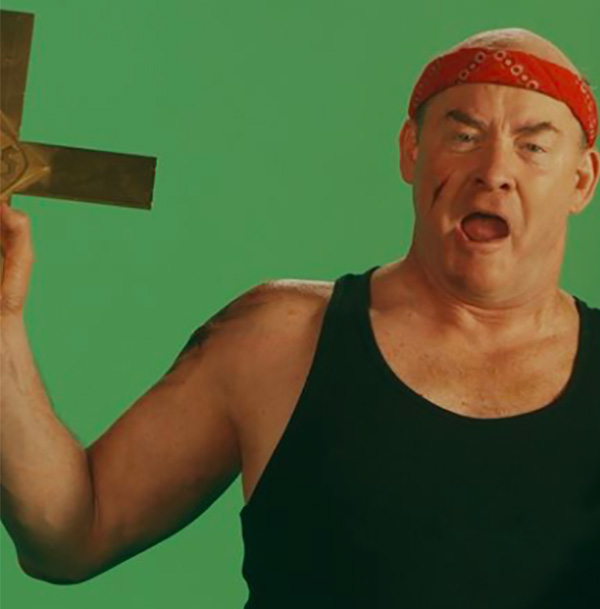 A new movie making fun at Christian films has just been released.

‘Faith Based,’ which released January 18th, 2020 as part of the 35th Annual Santa Barbara International Film Festival, is satirically centered around the fact that Christian movies “make buckets of cash.”

“When two friends come to the realization that all ‘faith based’ films make buckets of cash, they set out on a mission to make one of their own,” the show’s promo states.

The parody of the Christian film industry has received criticism, with Dan Gainor, the vice president for TechWatch, business and culture at the Media Research Center, telling Fox News that there is no place for making fun of those who place serious value in their faith, and insists Hollywood is simply threatened by those who openly discuss and share their beliefs.

“I’m always amazed at what hacks Hollywood wannabes really are,” Gainor said. But they operate in an anti-conservative, anti-Christian industry. So targeting “people of faith is a must if they want to break through..

“As for the film itself, few people will ever see it or ever care. It’s just one more example of how the American media culture targets Christians as its favorite villains. People with morals, ethics and faith terrify Hollywood which has none of those things.”

Christian movies have been a major success simply because of the sheer size of the Christian market. The secular media treat Christianity like it is a small sub-culture, when in fact some two billion people identify themselves as Christians.

The Kendrick brothers put faith-based movies on the map with hits like ‘Courageous’ and ‘Fireproof,’ and from there, a slew of films aimed at the Christian market have been released.

Their downside, and where they are open to criticism, however, is budget. Many Hollywood movies start at $30 million to make, while most Christian movies are made for less than $3 million. That budget difference really can make a difference in the end product.

It is expected that ‘Faith Based’ will be little more than an indie film, as is noted by the fact that its premiere was in a small film festival some 90 minutes outside of the film industry’s power base of Hollywood.