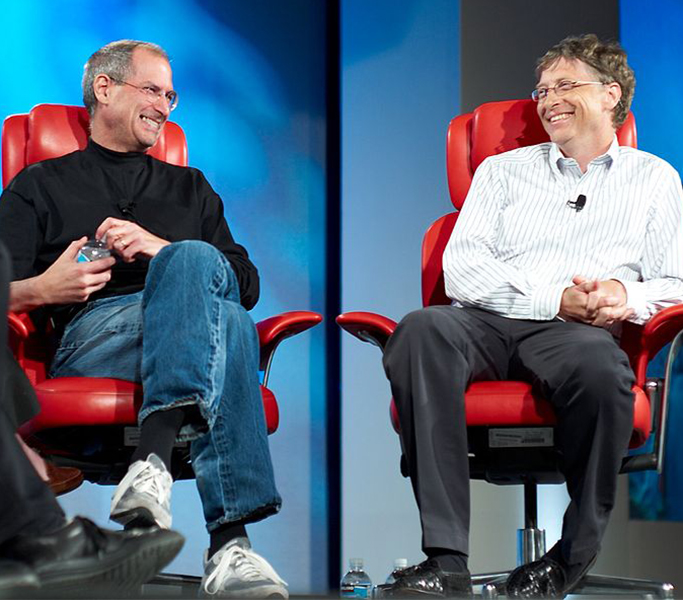 As I’ve noted a few times in recent blogs, conspiracy theories are sadly one of pandemics’ symptoms. But no one has copped more flack from conspiracy theorists during the COVID-19 Pandemic than Bill Gates. Consider these as just an example:

Bill Gates briefed the CIA about a “mind-altering vaccine.”

Italy has called for his arrest.

The Bill & Melinda Gates Foundation is spending billions to ensure that all medical and dental injections and procedures include tracking microchips.

Gates said a coronavirus vaccine would “permanently alter your DNA.”

He leads a class of global elites.

He is leading efforts to depopulate the world.

The Gates Foundation has tested vaccines on children in Africa and India, leading to thousands of deaths and irreversible injuries. One post even suggested he is facing trial in India.

He is accused of rolling out a tetanus vaccine in Kenya that includes abortion drugs.

He is linked with China’s communist party.

People share these conspiracies as fact on social media. Others share the posts with little or no fact-checking. And, off it goes—viral rubbish circulated as truth.

Rory Smith, from fact-checkers First Draft News writes, “[Bill Gates] is this kind of voodoo doll that all these communities are pricking with their own conspiracies. And it is unsurprising he has become the voodoo doll – because he has always been the face of public health.”

Of course, Bill & Melinda Gates are easy targets. They are famous, powerful, and rich. Before the Gates, George Soros, the Koch brothers, the Rothschilds, and the Rockefellers were all the targets of conspiracies. As a young Christian, I knew without a shadow of a doubt that the Rothschilds and the Rockefellers funded the Illuminati that would introduce the one-world government and the antichrist. How wrong I was.

In a survey conducted by Ipsos MORI and the Allensbach Institute, respondents in four countries were presented with the following statement: “Those who are very rich and want more and more power are to blame for many of the major problems in the world, such as financial or humanitarian issues.”

In Germany, 50% of interviewees agreed with this statement, roughly twice as many as in Great Britain and in the United States (25% and 21%, respectively).

Trying to Find a Scapegoat

Crises like the current pandemic are often complicated in nature. There are aspects of the virus, treatment, and ultimate cure that are difficult to understand. It’s so much easier to attribute the crisis to something sinister and straightforward.

What concerns me more than anything, though, is the number of Christians – you know, followers of Jesus, The Truth – who are propagating these lies.

Rather than undertaking diligent research through credible sources, these theorists blindly agree with and share their “truth”. Behaviour like this is inconsistent with people who uphold the Gospel of Jesus and are hopefully filled with the Spirit of Truth (John 16:13).

Christianity’s credibility is seriously eroded, especially by conservative, evangelical & Pentecostal Christians (my tribe). As mentioned in previous blogs, many people in these groups hold to a modern understanding of Bible prophecy, popularised by a cult leader.

Many Christians today are waiting for an antichrist, one-world government, cashless society, and great tribulation and often interpret crises as forerunners to these events. It’s no wonder then that these same people will fall hook, line, and sinker for conspiracy theories that back up their interpretation of Bible prophecy.

Beliefs such as these are powerful. I mean, they are based on the Bible, the Word of God, right? And so, rather than living life to bring heaven to earth (as Jesus taught his followers to pray), these Christians live with an expectation that hell on earth is just around the corner. A crisis is relished, as long as it doesn’t come too close. Governments are merely puppets controlled by a group rich, powerful, and famous people (a cabal or cartel) who have a hidden agenda of world domination.

Many of these conspiracies contradict each other. Suppose you consider all the theories and conspiracy trends. This is what you arrive at: Covid-19 doesn’t exist; it’s a hoax, a phantom virus made in a lab near Wuhan, or the USA, by the Chinese or the Americans. It’s harmless, and just an excuse to limit our freedom, and it’s deadly and is being used for population control. It’s being released so that we need to be given a vaccine to survive, so the microchip injected into us when we received the vaccine will also kill us to reduce the population to stop global warming, which isn’t even a thing. This is so the looney left can spread socialism and communism so they can control all the people. These people are already dead and already controllable because of the microchips. And all of that is actually just a hoax to distract us from the rollout of 5G, which is designed to kill us for one of the reasons already noted above!

An Apology to the Gates Family

I hope this minor rant will demonstrate how ridiculous all of this posturing really is. And I think we need to give a massive apology to Bill and Melinda Gates. I’ve never met them, but I’d like to one day. What I’ve seen and read about them has always impressed me. Melinda Gates’ Catholic faith appears to be the motivating force behind the Gates Foundation, which they created in 2000. Since then, they have given away more than $45 billion (approximately half of their wealth). Their priorities are fighting diseases, reducing extreme poverty, and improving maternal health – the foundation partners with many organisations. Faith-based groups – including Catholic organisations, World Vision, Lutheran groups, and the Salvation Army – are key recipients of more than 125 foundation grants.

I know that Bill Gates is aware of the conspiracy theories circulating about him. He’s addressed them publicly. What concerns me is that he is also probably aware that Christian people are amongst their biggest spreaders. And so, I apologise to Bill and Melinda Gates. Please don’t think all followers of Jesus are like this. Many of us appreciate the work you and Melinda are doing, and we don’t believe you have an insidious agenda. Like us, we assume you have the vision to make this world a better place, to create heaven on earth.

As for the conspiracy theorists, I know you will write to me and give me “proof” that I’m wrong. It’ll come in the form of a YouTube clip, or meme, or article from some dodgy website. So, let me save you the time. I’ve done the research, and you’re wrong. But one thing I need to let you know. The term “conspiracy theory” was invented by the CIA. Fact!