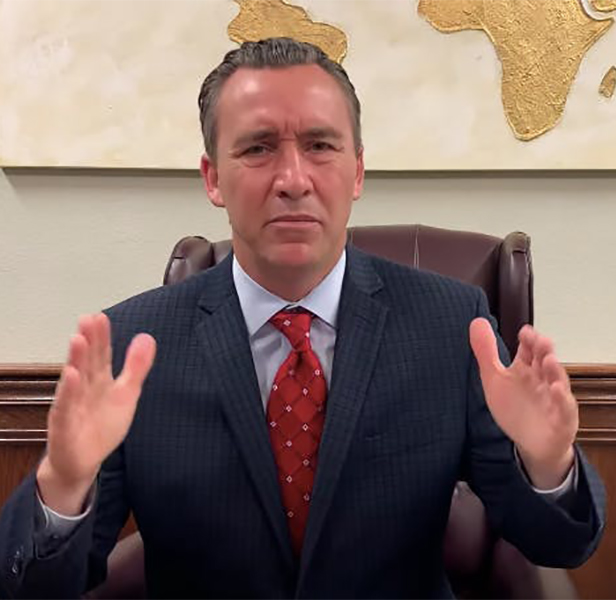 The pastor of the Life Tabernacle Church even lifted his pants during a live service to reveal his house arrest electronic tag, which was due to an earlier indiscretion, is filing a lawsuit against Governor John Bel Edwards and several others.

The pastor claims in his lawsuit that he has been subject to undue surveillance by the authorities, including the alleged tapping of his phone. He claims that cameras were installed across the road from the church and from the dining room window of his home in order to view those coming and going.

“The Plaintiffs believe that without assembly, the laying on of hands for prayer and healing, the holy communion, and the love offering have lost their meaning unless done in public gathering.”

Spell believes his constitutional and ministerial rights are being violated by the current lockdown order, which limits public gatherings to a maximum of ten people.

Spell is also in trouble with authorities after officials also arrested the pastor, who was accused of driving a bus at a man protesting the pastor’s continued defiance of orders to stay at home to limit the spread of the coronavirus.

In a Facebook Live video posted by Central City News, Spell could be seen singing and playing the piano in his home, shortly before he was fitted with his tag by a man wearing gloves with a face mask.

“This house arrest is to prevent me from preaching,” Spell said. “That’s the judge’s words. I do not have the right to preach in my church. Don’t let anybody spin that.”