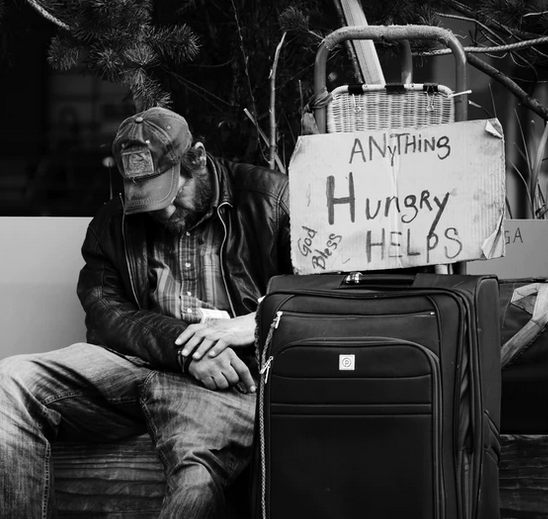 Oregon church St. Timothy’s Episcopal Church is suing the city after the Brookings City Council is restricting their longstanding practice of serving free meals to people in need from their church property.

The church, known for its outreach to the homeless in its community, has only been able to feed the vulnerable twice a week after reported complaints from residents living nearby the church. On October 5, the Brooking’s Planning Commission narrowly voted in a 3-2 vote to recommend to the city council that the city revise its municipal land development code in such a way that “benevolent meal services” be required to obtain a conditional use permit, as well as limit food services to three hours a day, two times a week.

Good deeds apparently don’t please everyone and months later, the church and the Episcopal Diocese of Oregon have filed a lawsuit challenging the constitutionality of an ordinance adopted by the council.

Following a petition to the City Council from a few dozen residents, the City of Brookings pressured the church to move, end, or significantly limit the help it provides to the community. Most recently, the City Council approved a new ordinance that limits churches in residential zones to serving no more than two free meals per week – a restriction that conflicts with the deeply held religious beliefs of St. Timothy’s congregants.

Inspired by their Christian faith, St. Timothy’s vicar, the Reverend Bernie Lindley (Father Bernie), and his parishioners have served Brookings for decades by providing health clinics, a food bank, vaccinations, showers, internet access, meals and other vital services. Heeding the call to show hospitality to strangers, the church stepped up during the pandemic in response to greater community need.

When nearly every other church in the area suspended their free meal services during the pandemic, St. Timothy’s grew its program. When COVID-19 testing and vaccinations proved challenging to obtain in Brookings and nearby towns, St. Timothy’s provided both. And when the City of Brookings asked St. Timothy’s to offer its parking lot to residents who needed a safe place to sleep in their vehicles, the church agreed.

After the City of Brookings received a petition signed by around 30 residents criticizing and targeting people who are unhoused and others who receive care and assistance from St. Timothy’s, the City tried to undermine the services provided at St. Timothy’s. The City adopted a new ordinance requiring local churches to apply for a conditional use permit to provide “benevolent meal service.” The permit application requires the applicant to serve no more than two meals per week with limited hours.

With the support of the Episcopal Diocese of Oregon and their bishop, the Rt. Rev. Diana Akiyama, St. Timothy’s has refused to apply for the permit because of the limit on meal service. The restrictions imposed by the City target and interfere with the congregation’s free expression of their Christian faith which calls them to serve others in need.

“The parishioners of St. Timothy’s are obeying the teachings of Jesus when they provide food and medical care to their community,” said Bishop Akiyama. “As Christians, we are called by faith to feed the hungry and welcome the stranger. Providing hospitality to all who enter St. Timothy’s in search of help is integral to our beliefs.”

“We’ve been serving our community here for decades and picking up the slack where the need exists and no one else is stepping in,” agrees Father Bernie. “We have no intention of stopping now and we’re prepared to hold fast to our beliefs. We won’t abandon the people of Brookings who need our help, even when we’re being threatened.”

The Episcopal Diocese of Oregon and St. Timothy’s are now asking a federal court in Oregon to declare the ordinance invalid. They also want the court to bar any future attempt to enforce the ordinance against the church.

“The City’s actions infringe our clients’ constitutional right to the free exercise of their religion as well as violating the Religious Land Use and Institutionalized Persons Act,” said Walter Fonseca, Special Projects Counsel with the Oregon Justice Resource Center. “The City of Brookings is attempting without justification to restrict Father Bernie and the congregants of St. Timothy’s right to worship as their conscience dictates.”

“The St. Timothy’s meal program is not only a vital service for many, but also a protected expression of faith,” said Samantha Sondag, an attorney at Stoel Rives. “Father Bernie and the Church have the right to continue practicing their beliefs by assisting those in need, as they have for decades.”