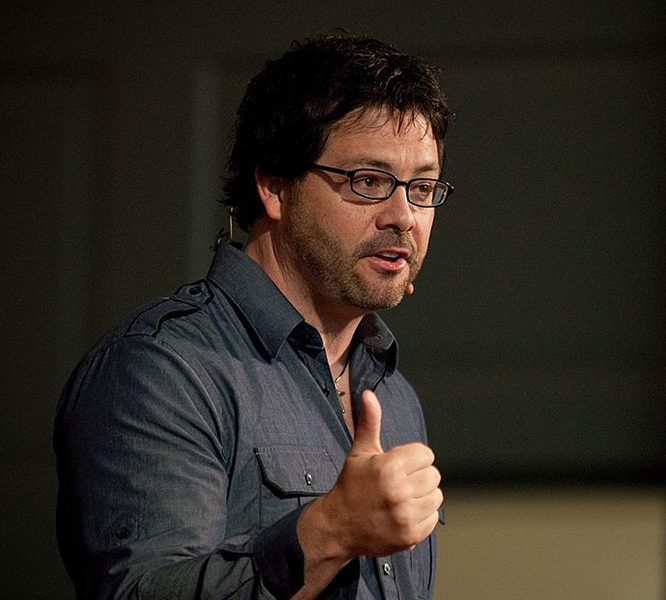 A former megachurch pastor has died after committing suicide, officials have confirmed.

Darrin Patrick, the founding pastor of The Journey and prior to his death, the teaching pastor at Seacoast Church, died on May 7 in what was initially thought to be a shooting mishap.

The Office of the Regional Medical Examiner in St. Charles said an autopsy indicated that Patrick was struck by a self-inflicted rifle shot to the head. “We’ll be closing the case,” Pelton said Thursday, agreeing that it was a suicide, the St Louis Post-Despatch reported.

Patrick was the teaching pastor at Seacoast Church in Charleston, South Carolina. He was a pastor of The Journey, a megachurch in St. Louis, Missouri, which he founded in 2002. He served as the chaplain to the St. Louis Cardinals and was the author of several books. He was the vice-president of the Acts 29 Network, an international church planting organization, and a council member of The Gospel Coalition.

In a letter to his current church, Seacoast pastor Josh Surratt wrote, “Today, we are in mourning as a church. On Thursday night we learned the tragic news that our friend, Pastor Darrin Patrick, went to his eternal home in heaven. We do not have the words to describe what our family has been processing – we know that will take some time. We all loved Darrin as an incredible teacher and pastor and for many of us on staff, Darrin was a close friend. This loss is a heavy one for Seacoast and we are going to feel it for a long time.

“Pastor Greg has traveled to St. Louis to be with Amie and the kids. We are going to walk with them every step of the way through this – they are family. We want you to know that we are going to do everything we can to support the Patricks, and we would ask all of us to pray for them as they also process and grieve. We will let you know soon how you can help support the Patrick family if you would like to.

“We are experiencing heartache beyond words. It is during these tragedies that we lean even more deeply into the hope that Jesus provides. We mourn, but with the hope of the resurrection firm in our hearts we know that death is not the end. So many of us are suffering in this time and we want you to know that you are not alone. If you need prayer, we have a team who would love to hear from you and come alongside of you. Please reach out to us at prayer@seacoast.org.

“Grief and shock may feel overwhelming in these moments, but we know that by God’s grace, sorrow does not have to overcome us. Through tears, we celebrate Darrin’s life, the legacy he leaves behind and his promotion into Heaven.”

Patrick moved from suburban Kansas City, Missouri to St. Louis in 2002 to plant The Journey in the urban core. The church has seen unprecedented growth in the city of St. Louis and the broader metropolitan region. The Journey is now a multi-site ministry with 6 churches in Missouri and Illinois, including Patrick’s hometown of Marion.

In his role as the chaplain to the St. Louis Cardinals, Patrick regularly led chapel services and Bible studies during the baseball season. He was present for the players either before or after home games. Shortly after the end of the 2013 season, Patrick officiated the wedding of Cardinals pitcher Shelby Miller.

As a chaplain, Patrick was a part of Baseball Chapel, an international ministry recognized by Major and Minor League Baseball, which is responsible for the appointment and oversight of all team chapel leaders (over 500 throughout professional baseball).

On April 13, 2016, it was announced that the Board of Elders of The Journey had removed Patrick from his position and required him to step down from all internal and external leadership positions. The reasons given were “pastoral misconduct” and a “historical pattern of sin”. A letter from the elders made it clear that the misconduct did not involve adultery, but there was a violation of the “high standard for elders in marriage through inappropriate meetings, conversations, and phone calls with two women”.

At the time of publishing, more than $105,000 has been raised for his family.