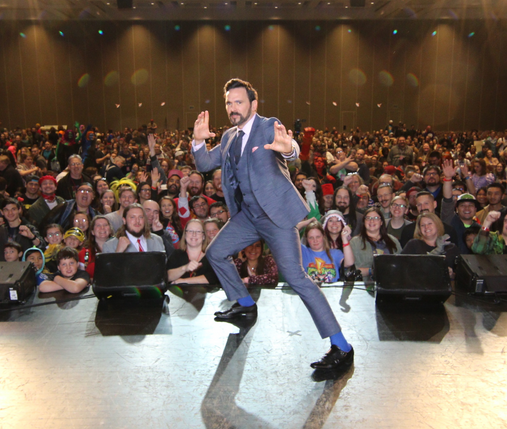 Power Rangers star and professing Christian, Jason David Frank, has died by suicide after he was reportedly in an argument with his wife.

Frank, who played the Green Power Ranger Tommy Oliver on the 1990s children’s series ‘Mighty Morphin Power Rangers,’ died in Texas. He was 49.

According to reports, fans of the beloved Power Rangers franchise are mourning his tragic death. The actor, who was best known for playing the Green Ranger when the series launched in the 1990s, has received an outpour of love from the franchise’s many fans after the news of his death was confirmed by his manager, Justine Hunt.

“Please respect the privacy of his family and friends during this horrible time as we come to terms with the loss of such a wonderful human being,” she told TMZ. “He loved his family, friends and fans very much. He will truly be missed.”

Frank was with his estranged wife, Tammie, at a Texas hotel where they were checked into two separate rooms and reportedly had an argument that had to be de-escalated by hotel staff. Tammie, who filed for divorce in August, was then locked out of Frank’s room after they reignited their argument moments later.

Tammie alerted authorities around 5:00 a.m. Saturday after she became concerned for her husband. Law enforcement had to be let into Frank’s room by hotel management where they discovered Frank had committed suicide.

In 2017, he was targeted by a man named Matthew Sterling while attending Phoenix Comicon. Police were able to arrest Sterling before he got near Frank, after being tipped off due to social media threats made by Sterling. Sterling was later committed to 25 and a half years at the Arizona State Hospital.

A former pastor where he went to church, Keenan Smith, stated on Facebook: “There is never anything more valuable that you will possess on this planet than relationships. We all lost a true friend and a brother my heart breaks, I am profoundly affected, please pray for His family. Let those around you know how much they mean. Jason you were and are greatly loved!”