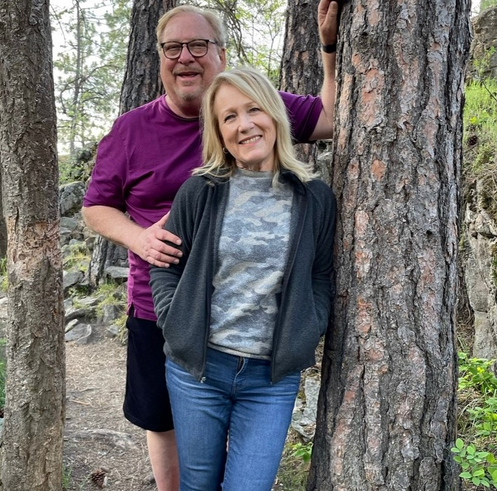 Rick Warren, the senior pastor at California’s Saddleback megachurch, has announced that he is stepping down.

“After almost 43 yrs of pastoring Saddleback Church, Kay & I are announcing that God is calling us to step aside for the next generation!” he said on Twitter. “We feel deep love & humble gratitude for our church family. What a faith adventure its been! Now we’re called to 2 new ministries.”

The church’s search for his replacement reportedly included some 100 pastors, with the new senior pastor announced. The 40-year-old pastor of Echo Church in San Jose, Andy Wood, is Saddleback’s new leader. Wood’s wife, Stacie, who is currently a teaching pastor at Echo Church, will continue their same roles at Saddleback.

The Warrens introduced church members to the new pastors in the video below.

In introducing the new pastors, Warren said, “Kay and I believe so much in this couple. We love them so much, and we are confident that God has prepared and chosen them to take up the baton and run the next leg of the Saddleback marathon.”

“Kay and I are thrilled to publicly announce our next Senior Pastor of Saddleback Church and his wife: Andy & Stacie Wood, who will be coming to lead Saddleback from their 14-year ministry at Echo Church in San Jose, California,” Warren said in a statement. “Like Kay and me, Andy and Stacie started a brand new Purpose Driven Church with just a handful of people and they grew it to nearly 3,000 attendees on 4 campuses. Kay and I, and our Elders, have unanimously selected Andy Wood to lead us into the future as a church family. We are all SO excited! You’re going to absolutely LOVE this couple. Andy is 40 years old and full of God’s love!

“43 years ago this month, in June of 1979, while I was a student at Southwestern Seminary in Fort Worth, I had my Damascus Road experience. It was not a blinding light like Paul saw. Instead, it was with the dim light of a single 75-watt bulb hanging from the ceiling, on an old cord in a dusty storage room. It happened in the basement of nearby Texas Christian University Library where I had gone to research US Census statistics on West Coast cities.

“Pouring over census charts that summer afternoon my eyes fixed on a word I’d never seen before: Saddleback. I had no idea how that single word, Saddleback, would shape and direct the rest of my life. I felt my gaze strangely frozen on that word. I couldn’t take my eyes off it! The word Saddleback captivated my heart and I felt electric excitement running through my body. At that moment, God whispered, “That’s where I want you to invest your life growing a new church.” I started sobbing. That was my calling to serve you. From that moment on, for the next 43 years, every single day of my life would be dominated by that word, Saddleback.”

Warren founded the Saddleback Valley Community Church in 1980, and it has grown into a global ministry with an estimated 40,000 participants.

Warren is recognized as one of the nation’s leading pastors. He has guided countless young leaders and inspired many of today’s prominent pastors to pursue their own callings to ministry.

His book, “The Purpose Driven Church: Every Church Is Big in God’s Eyes” is said to have encouraged pastors to lead a healthy and purposeful church.

Warren built the Purpose Driven Network, a global alliance of pastors from more than 160 countries and hundreds of denominations, that focuses on the people of the church and less on the building.

He also founded www.Pastors.com, an online interactive community that provides sermons, forums, and other practice resources for pastors.