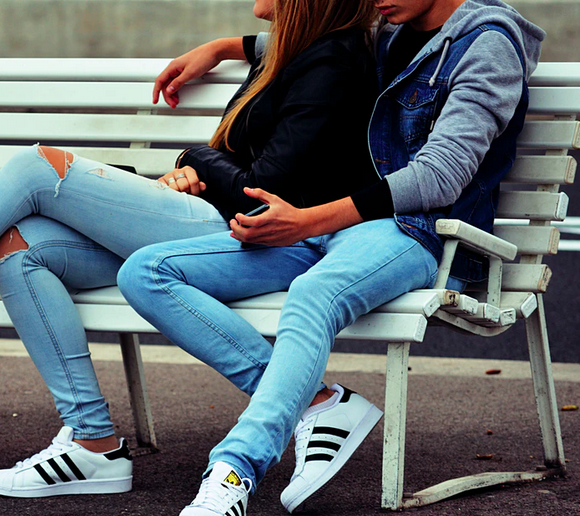 Sex before marriage has become the norm in our society. “Try before you buy” appears to be the motto of today’s younger generations. In fact, many people are choosing not to ‘buy’ at all, but to lead a permanent lifestyle of casual sex, involving ‘hook ups’ with almost total strangers or engaging in a series of casual sexual relationships with successive partners. Consequently, some dating websites have effectively degenerated into hook up websites, while other websites have evolved that are more blatantly aimed at the one-off hook up and don’t even pretend to be promoting long term relationships.

In the light of all this, two questions need to be asked. Firstly, does this new wave of liberated sexuality produce long term happiness? And, secondly, do those from within this casual sex culture who eventually decide to marry have more stable marriages than those who adhere to the traditional Christian ethic of saving themselves until they are married?

In regard to the first question, ‘Does casual sex produce long-term happiness?’ a Canadian study published in the Journal of Sex Research in December 2016, entitled, Consequences of Casual Sex Relationships and Experiences on Adolescents’ Psychological Well-Being: A Prospective Study, found that casual sexual encounters had a “negative impact on psychological well-being particularly among girls”. The study of 2,304 late-teenagers found that those who engaged in casual sex were much more likely to develop drug and alcohol problems and more likely to report psychological distress. Girls who engaged in casual sex were found to be more likely to develop low self-esteem, feelings of regret and general psychological distress than girls who abstained from pre-marital sex.

The American Psychological Association (APA) cites a number of similar more recent studies of people within the hook-up culture, with similarly disturbing results. A large web-based study of 1,468 undergraduates (Lewis et al., 2012) found that after a typical hook-up encounter 27% felt embarrassed and let down, 25% reported emotional difficulties and 21% experienced loss of respect. Another study (Fisher et al., 2012) found that 78% of women and 72% of men who had uncommitted sex reported a history of experiencing regret and ongoing unhappiness following casual sexual encounters.

Anecdotally, this is not surprising. We are witnessing a profound shift in the profile of early-middle aged people. There is now a preponderance of people who reach their late 30s and early 40s who, after decades of casual sexual hook-ups, now find themselves alone and lonely. Women who reach this point find themselves wanting to have children before their ‘biological clock’ runs out but find it increasingly difficult to find the appropriate partner to start a family with.

By this age, most of the stable, responsible ‘breeding stock’ has long-since settled down and married, and women find themselves desperately sifting through a depleted stock of prospective parental partners who have lived such a protracted lifestyle of casual, inconsequential sexual encounters that they have become emotionally incapable of long-term commitment.

We see this played out in ‘reality TV’ shows such as Married at First Sight, The Bachelor, etc, where people from the hook-up culture are finally trying to find a life partner. These shows are like watching a train wreck in slow motion because, after years of uncommitted sex, these emotionally stunted people do not have the maturity and skill-set to maintain a long-term relationship.

In regard to the second question, ‘Do those who emerge from the casual sex culture and eventually marry have more stable marriages than those who refrain from sex before marriage?’, the answer seems to be a clear ‘No’.

A landmark study was conducted in 1977 by Nancy Moore Clatworthy and published under the title, ‘The Case Against Living Together’. When she started the study, Nancy confesses that she was predisposed to believe that lots of sexual encounters prior to marriage would be beneficial in gaining experience, and that living together with a partner before marrying them was “a sensible arrangement; a useful step in which couples get to know one another”. Her research, however, reached a very different conclusion. Her study found that “couples who live together before they’re married have more problems than couples who marry first”.

Furthermore, she found that marriages of people who had previously lived together were much more likely to end in divorce. Her study concluded, “Knowing that something is temporary, like living together unmarried, affects the degree of commitment to it.” She stated that couples who were previously living together “are less likely to work to sustain and protect their relationship and, consequently 75% of them break up.”

Exactly what percentage of post-casual-sex marriages fail compared to marriages where people have refrained from premarital sex is difficult to pin down, but there appears to be little debate that those with a history of casual sex are much less likely to achieve a marriage that lasts. For example, Drs French, Altgelt & Meltzer published a study in 2019 entitled, “The Implications of Sociosexuality for Marital Satisfaction and Dissolution.” Their study concluded:

Sadly, in recent years, there has been a steady rise in the rate of divorce among those who profess to be Christians, and sceptics have used this to argue that that sexual abstinence prior to marriage does not lead to a more stable marriage. Several studies, however, have revealed that in a very high percentage of these failed ‘Christian’ marriages, one or both of the partners had engaged in casual sex prior to marriage. Significantly, the divorce rate among Christian marriages where the partners had not engaged in premarital sex, remains very low.

What is the take-home message in all this? Simply, that the traditional Christian ethic of sexual abstinence until marriage turns out to be for our good. God is not a killjoy who wants to spoil our fun. He created us and he knows what is best for us. His commands are there for a reason; to keep us from harm. Remaining pure until marriage not only honours God, but also protects the stability and long-term happiness of the marriage relationship. This is why, as a Christian, I am unashamed to promote and defend God’s standards, even though the rest of the world views them as increasingly outdated.