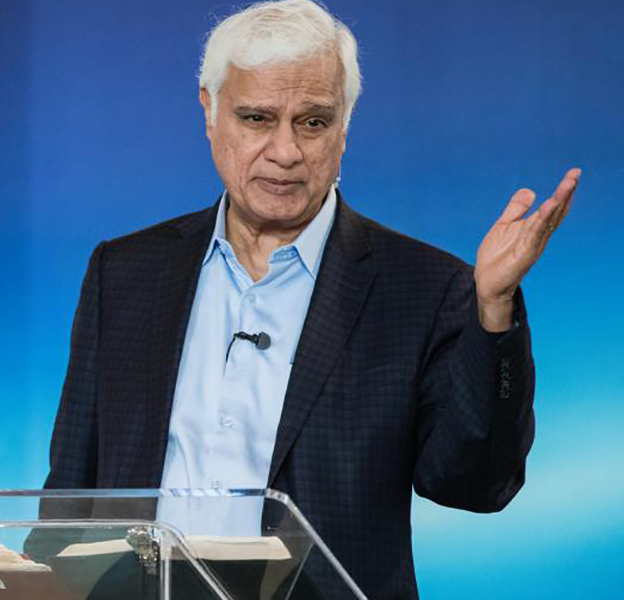 He may have passed away from cancer this year, but close to five months after his death, Ravi Zacharias is in the news after allegations of sexual misconduct have re-surfaced.

Zacharias, who’s been hailed as “the greatest Christian apologist of this century,” died on May 19, 2020.

The popular speaker and author, who died not long after announcing that he had cancer, had been in the news for some time over allegations made against him. The story was pushed to the sides, especially in light of his cancer announcement, but now that he has respectfully passed away, including receiving many amazing tributes from the world’s Christian leaders, his family and organization now have to deal with the allegations head on.

The first issue is the day spa allegation. In an article with Christianity Today, two women allege that Zacharias made unwanted sexual advances towards a number of women who worked at two spa facilities that he co-owned in Atlanta.

Christianity Today reported that women who formerly worked at the ‘Touch of Eden’ and ‘Jivan Wellness’ are claiming that Zacharias touched them inappropriately, exposed himself and propositioned them for sex on multiple occasions.

We stress that these are allegations only, as his ministry, Ravi Zacharias International Ministries (RZIM), was quick to point out. In a statement the group released, they said, “We, the family and ministry teammates of the late Ravi Zacharias, can say the allegations now being made against Ravi do not in any way comport with the man we knew for decades—we believe them to be false.

“These allegations pertain to businesses that were closed nearly a decade ago. These allegations were never made during Ravi’s lifetime, but were first presented to a third party more than three months after his death.

“We have commenced an independent external investigation to look into this matter to the fullest extent we are able. We do not intend to comment further about this matter until the investigation’s findings are presented to the executive committee of the board of Ravi Zacharias International Ministries. We at RZIM remain committed to truth; it is the foundation of what we do and that has not changed.”

In the second allegation, Zacharias is accused of being in a sexting relationship with a Canadian woman. Blogger Julie Roys states that in 2017, the famous late apologist, Ravi Zacharias, claimed in a Christianity Today (CT) article that a Canadian woman had sent him “unwanted” nude pictures in an attempt by the woman and her husband to extort millions from Zacharias.

According to Julie Roys, “… Emails, testimony, and other documentation recently obtained by The Roys Report tell a much different story. They instead portray Zacharias as someone who befriended, groomed, and then initiated a sexting relationship with a married woman, Lori Anne Thompson. Then, when Thompson told Zacharias she was going to tell her husband about the illicit relationship, emails show Zacharias threatened suicide.”

RZIM has again been forced into damage control mod, releasing the statement below September 25 on this issue. RZIM’s full statement has been published below.

In April 2017, Ravi Zacharias received a letter from an attorney representing Bradley and Lori Anne Thompson of Ontario, Canada, presenting allegations and threatening litigation by the Thompsons against Mr. Zacharias. The letter threatened that litigation was forthcoming, or, “in the alternative of protracted and public litigation, the Thompsons will sign a release of you and your church and ministry in exchange for a certified check in the amount of $5 million dollars made payable to the Bryant Law Center, Lori Anne Thompson and Bradley Thompson within thirty days of today’s date and mailed to the above address.”

In response to this demand letter, Ravi notified the board of the Ravi Zacharias International Ministries (RZIM) and personally filed a lawsuit under the Racketeer Influenced and Corrupt Organizations Act (RICO) in August 2017. The Thompsons, through their attorneys, then requested to enter into mediation to resolve the matter without going to trial. In November 2017, Ravi consented to resolve his lawsuit and the matter through mediation—a process that resulted in a resolution agreed to by both parties.

In addition to these legal proceedings and the investigations underlying them, this matter was independently and rigorously investigated in 2018 at the initiative of the denomination that issued Ravi’s ministerial credentials, the Christian & Missionary Alliance. That investigation included multiple interviews with the parties and a review of all available documents and records. The denomination concluded, “…the available evidence does not provide a basis for formal discipline…”

As is widely known, Ravi Zacharias died May 19, 2020. Subsequently, some have called on his family and/or ministry to release the Thompsons from the confidentiality agreement they entered into with Ravi some two-and-a-half years prior to his death. Since RZIM was not a party to the agreement, it is unable to alter it, and his family does not feel it proper to alter it without Ravi’s knowledge or consent. Before he died, however, Ravi addressed allegations that he solicited inappropriate photos from Lori Anne Thompson or otherwise engaged in communications of a sexual nature with her in an 800-word public statement in December 2017. In that statement, he denied any sexually or romantically inappropriate conduct. He stood by that statement until his death. His denial is consistent with the character of the man we knew and worked alongside for years.

Also since his death in May, allegations by Mrs. Thompson against Ravi have resurfaced in the public domain. This prompted calls for RZIM and/or the Zacharias family to conduct further investigation into this matter. In light of these developments, we, the Board of RZIM have reviewed the matter again and conclude the following:

We respect that there are those who disagree with us about this process and our current disposition. Finally, we reaffirm our commitment to the mission and work of RZIM—to reach and challenge those who shape the ideas of culture with the credibility of the Gospel of Jesus Christ.

The Board of Directors, Ravi Zacharias International Ministries.