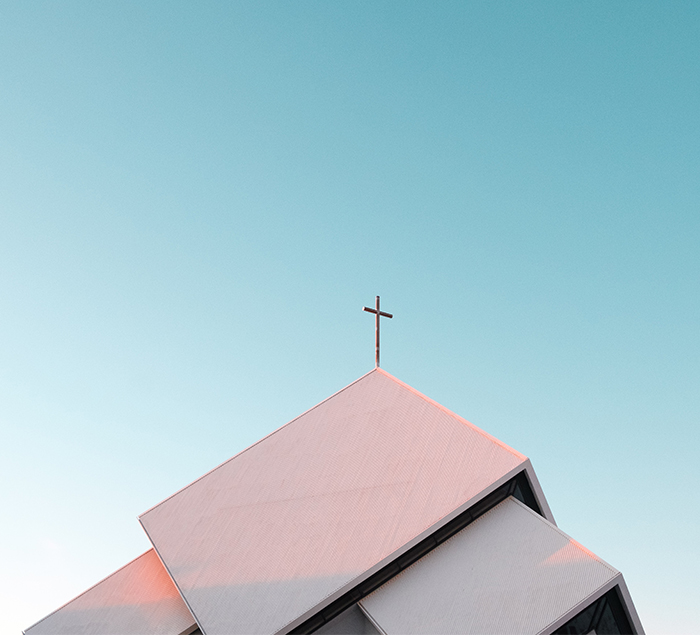 A few weeks ago, I received an email from a guy who calls himself an Evangelist. He wanted to challenge me about Bayside Church, and other churches, closing down services during the Global Pandemic. He wrote:

What about God’s word “do not forsake the gathering together of the saints and do so more as the day draws nearer”!! We have already obeyed man over God and now discovered it’s all a lie to take. [sic.] Freedom from the people and increase fear and the control of the government to usher in one world order. Please challenge people to fight injustice and choose God Over man including church. Pastors should not have closed their church’s. So many people look to you ??? Don’t be a coward brother !! Set example Expose injustice and ungodly anti christ agenda

RELATED
‘We will not render to Caesar’: Despite threats of arrest, John MacArthur pressing ahead with church

I get quite a few kooky messages, most of which I ignore, but I thought I’d address this one as it contains so many fallacies that are being spread around at present. Fortunately, in Australia “there appears to be little or no appetite to go against the various Public Health Orders in each state. Our largest churches such as Hillsong are meeting online, and church leaders have committed their networks to understand and follow the rules, seeking advice from Health Authorities where something is unclear.” (Quoted from Eternity Newspaper).   I believe the Australian church has got it right.

Meanwhile, in the USA

In the USA, there’s been a slightly different approach. Even though most churches have abided by government guidelines, a small, vocal group of pastors has “begun to bristle at government-imposed restrictions on their worship.” (Quoted from The Atlantic).

Some have reopened; others have sued for their right to gather, claiming the restrictions are unconstitutional and a threat to religious freedom. A few others refused to shut down at all.

Sadly, much of this is history repeating itself. During the 1918-19 Spanish Flu Pandemic, many of the same measures were put into place that we’ve seen during COVID-19. Face masks, social distancing, personal hygiene, and closing of places of public gathering. While most people complied, some saw this as some sort of insidious agenda of State control and bucked the system. It was the second wave of the Spanish Flu that killed the most people. One thing we learn from history is that we rarely learn from history!

Churches that sue for their rights and their religious freedom do nothing to advance the good news of Jesus. The Gospel calls Jesus’ followers to “not [look] to your own interests, but each of you to the interests of the others” (Phil 2:4).

The Spanish Flu wasn’t a threat to religious freedom, it was a threat to public health. COVID-19 is the same. After 1919, churches and other public gathering places were reopened once again, and the world moved into The Roaring Twenties. Closures, wearing masks, and social distancing were temporary measures aimed at bringing communities through a health crisis with as few casualties as possible. Same today!

Some churches bristle because they are not deemed “an essential service” like liquor stores! As a Christian and a pastor, I think the church is essential, but I know I stand with the minority. The closure of church gatherings is not about being essential. It’s about restricting the congregating of people and the spreading of a very contagious virus. Whatever you think of liquor stores, people don’t congregate there.

In the US, a church group recently decided to resist the trend and have a service at a Walmart pharmacy to protest that pharmacies were open but churches were closed:

The singing of my African American brothers and sisters is stunning, and I hope no one was infected with COVID-19. Only time will tell. It should be remembered, though, that when people sing (or talk loudly like preaching), they spray out a shower of secretions. According to fluid physics expert Professor Con Doolan, these aerosol particles remain suspended in the air, potentially spreading coronavirus. If you’re standing too close to an infected person when they cough or sing, you could breathe in the particles they have projected into the air (see article).

And so, while I see so many people cheering on this church, if their actions cause sickness and death are they really singing God’s praises? Would God be pleased or saddened by the behaviour of his children?

Other churches who defied the US Government faced significant backlash from neighbours. One woman stood outside a church and held up a sign that read, “you killed my grandma.” Is this the testimony of the Gospel the church wants to communicate to a world that God loves and for whom Jesus died?

Listening to God not Man

The most well-known church to defy the government is John MacArthur’s Grace Community Church in California.

Their statement is convincing on the first read with lots of scripture verses to enforce their argument.

Itt’s important to remember that the church is not being restricted by Government unnecessarily. For example, no one is telling churches and Christians not to preach the Gospel as the authorities did to Peter and John: “So they called the apostles back in and commanded them never again to speak or teach in the name of Jesus.”

If the Government ever banned us from speaking and teaching about Jesus, I would respond in the same way the apostles did: “Judge for yourselves whether it is right in God’s sight to listen to you rather than God.”

This not the case today even though Grace Community Church says it is. All churches can preach about Jesus and teach God’s Word. There are no restrictions placed on us in this regard.

So, that’s what we’re doing at Bayside Church, and we’re seeing people come to Jesus and grow in their faith. We’re helping the underprivileged with groceries and cooked food. Church members are keeping in touch with one another and serving one another. The church is alive, healthy, and vibrant.

It’s my opinion that the “evangelist” who wrote to me recently is missing the point. It appears he’s bought into fear and conspiracies about a one-world government and an antichrist agenda. While these beliefs are widely held by many Christians today, they are based more on the Left Behind novels than on God’s Word. I’ll explore that in next week’s blog!

Once this current crisis is over, restrictions will be eased, and small gatherings will once again be safe. Before the resurgence of COVID-19 in Melbourne, Bayside Church was about to restart gatherings of up to 50 people. Many of our Connect Groups were already meeting in-person, and we were looking at doing some meetings outdoors with more significant numbers. If the current restrictions work, we should get back to that in a few weeks.

During this pandemic, Christians are blessed with technology that helps us stay in touch with one another. While this ultimately is no substitute for in-person meetings, it’s better than nothing.

During the Spanish Flu pandemic, some pastors wrote letters and Bible studies for their congregations and posted them in letterboxes. Today we meet on Facebook, YouTube, and Zoom. I’ve had Bayside Church people tell me they have never felt so connected with Christie and me and with their church.

The building may be closed, but the church is open!