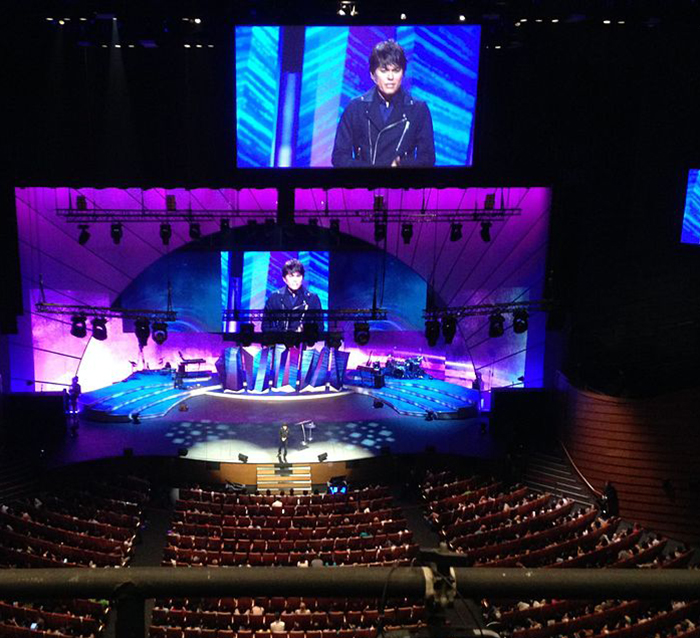 Singapore-based megachurch New Creation Church has purchased one of the country’s most expensive shopping malls to house its new complex.

Developer CapitaL announced it is selling the shopping mall for S$296 million ($217 million) to the megachurch, led by Joseph Prince. It is reported that then church generated S$143 million in income last year.

The Singapore-listed developer said that it had agreed to sell the seven-year-old Star Vista mall, which forms the base of the 15-storey New Creation Church’s place of worship and performing arts centre, to the church’s business entity Rock Productions.

The church already owns the rest of the complex, but has purchased the mall to ensure its interests are protected.

Church council chairman Deacon Yong Chee Ram is reported to have said that the religious organization’s main objective with the purchase was to ensure that the activities in the performing arts center, which is the church’s main place of worship, would not be disturbed by changes that other owners may have made.

The church paid S$477 million to develop the complex after purchasing the land for S$189 million in 2007. Now it adds the mall to its assets, which will not only become another income stream from the retail tenants, but allows it to determine its future, being the owner of the entire complex.

In 1990, the church had just 150 people in attendance. Today, New Creation today has more than 31,000 members making it one of the world’s largest churches.

Joseph Prince has previously been named as the 10th richest pastor in the world.

The rules in running and managing a church in Singapore are extremely strict, with the ‘police state’ keeping a tight watch over the country’s religious activities. Fellow megachurch pastor Kong Hee was jailed for misappropriating church funds and only this year has been released from prison.