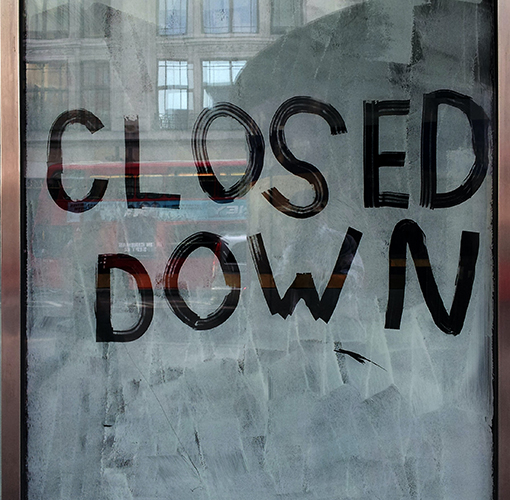 My purpose is neither to be morbid nor sensational.

Death is a delicate topic, especially the death of churches. My purpose is to send a warning so changes can be made quickly and urgently. My greater purpose, ironic as it may seem, is to send a message of hope.

These six types of churches are described categorically, but the categories are not mutually exclusive. Many of these deceased churches fit most, if not all, of the categories. We have spoken with the leadership of these churches. The conversations were sad but enlightening.

All of the churches noted in these categories have either closed or announced their intentions to close. Thankfully, some of them generously gave their sites to healthier churches. We hope to follow their adoption progress closely.

1. The aged church. For the churches where I have data, the median age of the remaining membership was 76. In all cases, we learned that the church had been a church of older members for some time. In many cases, they essentially ran off younger members who would have brought changes to their congregations.

2. The fighting church. The deceased churches had numerous conflicts and, often, church splits. With each new conflict, the church declined. Guests stopped coming to the divided church. When the pandemic came, those who remained were too weary to keep the ministry of the church going.

3. The deferred maintenance church. These churches did not make wise decisions to keep the facilities in good condition. One church argued over choosing the contractor to install a new HVAC several years ago, so they did nothing. Most of the churches simply refused to spend the funds. Giving in the churches declined precipitously in the pandemic. The churches literally could not pay the bills to keep the building maintained.

4. The run-the-pastor-off church. These churches pushed their pastors out either through forced resignations or firings on a regular basis. Every two to four years, they fired and hired a pastor. Usually, there was a power group in the church that did not want the pastor to lead. So that group concocted a reason to push the pastor out. Many of these churches could not find or afford a pastor during the pandemic.

This article was originally published at churchanswers.com on February 8. Thom S. Rainer served as president and CEO of LifeWay Christian Resources. Among his greatest joys are his family: his wife Nellie Jo; three sons, Sam, Art, and Jess; and seven grandchildren. Dr. Rainer can be found on Twitter @ThomRainer and at facebook.com/Thom.S.Rainer.