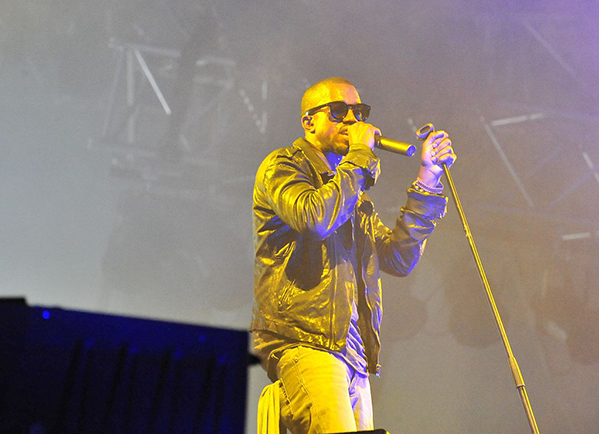 Christians the world over are trying to work out whether Kanye West’s latest involvement in Christianity is in fact a conversion, or whether it is a marketing opportunity.  Or maybe a bit of both.

Most, including myself, are giving him the benefit of the doubt, which is fantastic, as we don’t want to be seen to be a judgmental group. Anyone and everyone is welcome in the kingdom, warts and all. None of us are perfect, so we cannot expect the same from Kanye.

However, at the Fast Company Innovation Festival in New York City last Thursday, West was interviewed on stage by one of the magazine’s writers.

“When people say it’s crass to call yourself a billionaire, I say I might legally change my name to Christian Genius Billionaire Kanye West for a year until y’all understand exactly what it is,” he told the crowd.

Kanye West is rich. Very rich. So is his wife, Kim Kardashian. West is a 21 time Grammy winner and a man who knows how to create publicity. He is also not afraid of what other people think of him.

Is Kanye in Christianity for real, or is it an attempt to build a new legion of followers as he moves into Christian music? For one, he certainly doesn’t need the money. That is the least of his issues.

He does seem to like attention though, and that is certainly something he is getting a lot of at present.

Whether he is for real or not, only time will tell. Personally, I think all of the noise around Christianity is good. If celebrities are interested in Jesus, then the rest of the population who follow these guys and girls are likely to follow suit. That’s tens of millions of people, if not more.

I guess the only downside is that if Kanye falls, he will probably take a lot of followers down with him. They may join because of him, but they also may leave if he does. But if they can get even one small touch along the way, then we can leave it to God to do the rest in their lives.

So let’s hold our judgments on Kanye, even if he becomes Christian Billionaire Genius and welcome him into the Kingdom. We all need a touch from God, including the world’s richest celebrities.