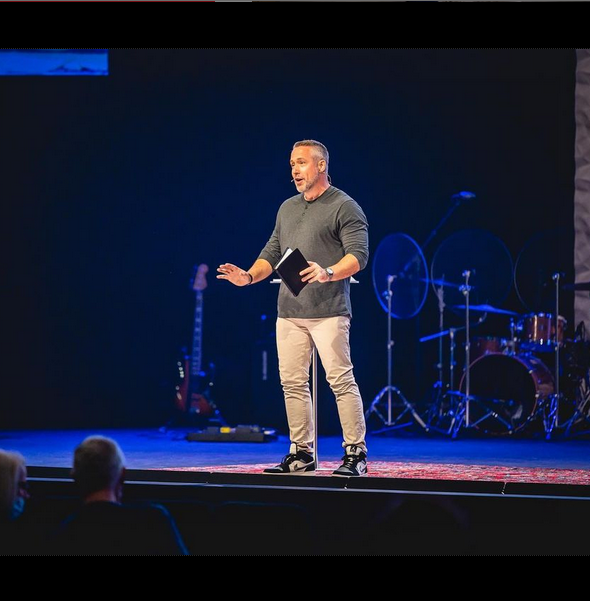 A leading pastor and President of the Southern Baptist Convention (SBC) has spoken out on Saddleback Church’s decision to ordain three women as pastors.

Pastor J.D. Greear, pictured above, the Pastor of The Summit Church in Durham, North Carolina and the 62nd President of the Southern Baptist Convention, has expressed his views on the California megachurch’s decision to go against SBC rulings with its decision.

Saddleback, which is pastored by Rick Warren and as of 2020, stated it had 23,494 people in weekly attendance across its campuses, sent shock waves through the male-dominated leadership of what is the nation’s largest non-Catholic denomination.

“We’re so grateful to share this moment with you. Our best days are ahead of us!”

However, SBC’s President had a different view on the news. Using his blog to comment, he stated. “This weekend, Saddleback Church celebrated the ordination of their “first three women pastors” in what  they called “a historic night” for the church. Unsurprisingly, this has led to a lot of discussion over the past few days about the role of women in the church and the future of complementarianism.

“While I have long respected Saddleback’s ministry impact and heart for getting the gospel to the nations, I disagree with their decision to take this step, and would even say I find it disappointing. As Pastor James Merritt noted, we can affirm both (1) that God calls men and women to vital ministry in the church and (2) that God’s Word clearly reserves the office of pastor/elder/overseer for qualified men. (That these three terms refer to the same office can be seen by comparing the three terms’ parallel usage in 1 Timothy 3:1–7, Titus 1:6–9, and 1 Peter 5:1–5.

“Given the intense conversation over the past few days, I thought it would be helpful to share how The Summit Church approaches and applies this issue. The Summit Church is unashamedly and uncompromisingly complementarian. What’s more, we consider the complementarian position not merely a box to be checked, but rather a biblical truth to be celebrated.

Greear used his blog to share his church’s position on women in ministry and how his church intertwines the Bible, whilst at the same time platforming women to exercise the multitude of gifts God has given them.

“Equipping and platforming women to thrive in ministry is not a passion we share because of personal opinion or preference,” he said. We are convinced that there is no such thing as a healthy church in which the men flourish and the women do not. Thus, by cultivating an atmosphere where our sisters can thrive, we cultivate an atmosphere in which our brothers will thrive as well.

“Above all, we believe that God’s Word is good and trustworthy, and that his design for the church will stand throughout time and prosper the church, now and always. In Christ’s service, every brother and sister finds unimaginable grace, inestimable value, and eternal purpose.

“May God multiply the number of women serving and leading in our churches!  We need godly, strong women to step up and use the gifts God has given them. We need these women in the home, speaking courage into their family’s lives. We need them in ministry, calling us to give and pray and go and sacrifice. We need them in society, leading with wisdom, courage, and faith. And may we stay faithful to stand on the bedrock of God’s Word—whether the issue is the role of pastor or any other issue.”

SBC’s doctrinal statement, says that “while both men and women are gifted for service in the church, the office of pastor is limited to men as qualified by Scripture.”