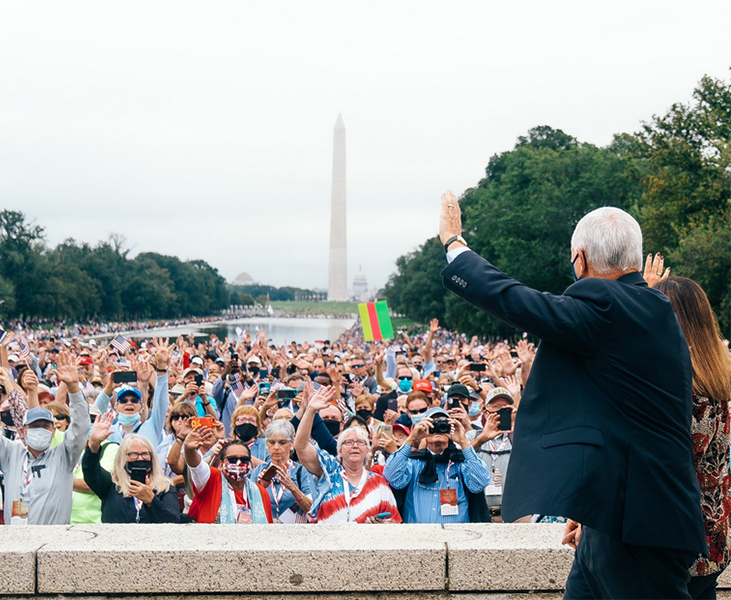 Washington DC has been overtaken by Christians this past Saturday September 26 as two major events were run to call Christians to pray for America.

With America just weeks away from an election, and not to mention the number of tragedies and atrocities the country has faced this year, Graham called the event to ask Christians around the nation to join him in praying for the nation.  When announcing the event last month, Graham stated, “Our nation is in trouble, & we need God’s help.”

Vice President, Mike Pence, was in attendance, speaking to the massive crowd. “Today, at this Washington Prayer March, you continue a great American tradition,” he told the crowd. “Since the founding of our nation, our leaders and our people have gone to prayer in challenging times.

“Abraham Lincoln, before whose monument we stand today, said during his time in the White House: ‘I have been driven many times to my knees by the overwhelming conviction that I have nowhere else to go.”

In a statement post event, Graham stated, “Yesterday in Washington, DC, tens of thousands of Christians did just that. I’m so grateful for each one who made the effort to come—from all across the country—and to pray that God would help our nation in this time of need. We confessed our sins and the sins of our country, and we asked that the Lord would help us, heal us, and turn hearts to Him. We prayed for our leaders—Democrat, Republican, and Independent—as Scripture instructs.

“It is my hope that even though the March is over, the focus on prayer has just begun.  I hope we have been revived and reminded of the need for prayer and the power in prayer.”