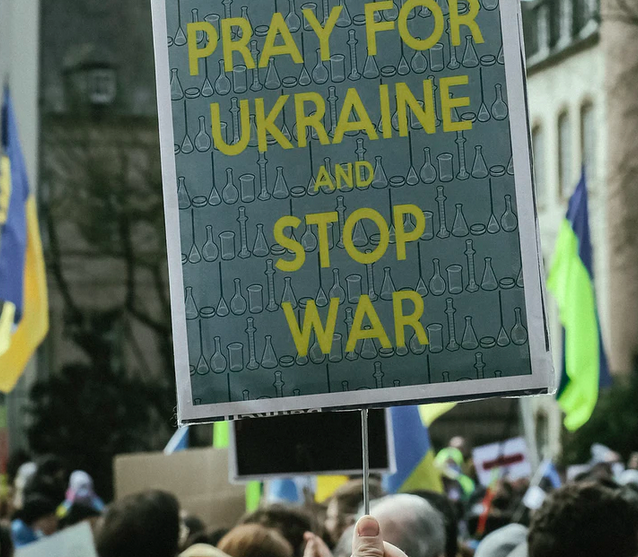 A Texas pastor says he is “99% sure Russia is not invading Ukraine as conspiracy theories go into overdrive, thanks to Qanon.

According to a report published in the Roys Report and the video below re-posted to Youtube, Texas pastor Brent Caddell, the senior pastor of the San Antonio-based Pearl Street Church said: “I am 99 percent sure Russia is not invading Ukraine.”

In warning his congregation to be cautious, given the fact there have been rumors of wars for many years, the pastor, as the ‘shepherd’ of his congregation, set out his warning. “The new religion that we are living in in this day and age is politics,” he told the congregation last weekend.

“They get their power when we give them their attention. The beautiful thing is that when you say yes to Jesus Christ you enter into a new kingdom.”

He went on to tell the congregation: “I will be prophetic with you: “I am 99% sure Russia is not invading Ukraine right now. I am not trying to get political, but this is where fear of invasion and all this stuff is trying to get people emotional. Once you see media outlets start to do a really emotional thing, be careful.”

His comments are sure to draw criticism from Christian groups, especially those in Europe, who are having to face the Ukraine issue head on.

The Roys Report states that they reached out to Pearl Street Church, but did not receive a reply.

Conspiracy theories are becoming an issue for churches. In 2021, there were reports that a number of pastors were leaving their churches as more of their congregation members are moving to QAnon, a political conspiracy theory that has evolved into a political movement. More evangelical pastors in the U.S. are seeing the far-right radicalization of their congregations. However, with more people relying on social media for their news, where fake news and conspiracy theories are rife, QAnon is finding a massive group of supporters.

As a snapshot, QAnon, otherwise known as Q, is a disproven and discredited American far-right conspiracy theory alleging that a secret cabal of Satan-worshipping, cannibalistic pedophiles is running a global child sex-trafficking ring and plotted against former U.S. president Donald Trump while he was in office. QAnon is commonly called a cult.

In November 2021, QAnon believers have met in Dallas, Texas, as they were expecting the return of John F. Kennedy from the dead. QAnon supporters believed JFK would be returning to announce a 2024 presidential run alongside Donald Trump despite being dead for 22 years.