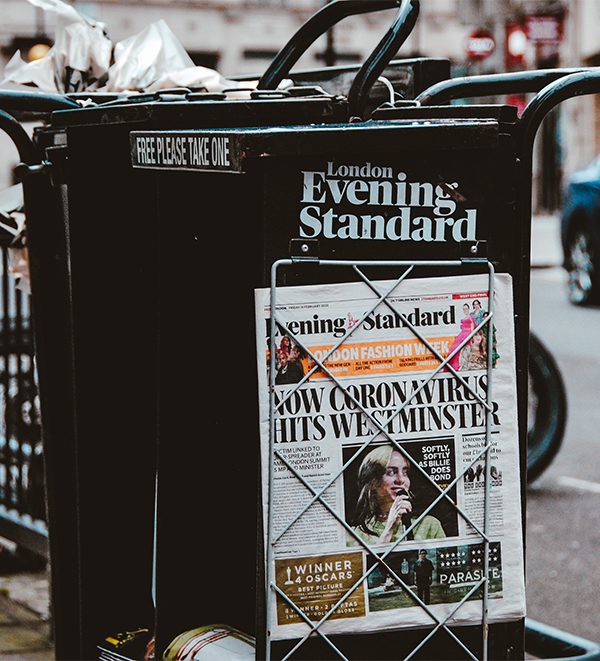 It’s causing an inhumane, repressive reaction of oppression, coercion, and terror from socialist dictators … and a tangled web of lies, cover ups, and myths.

In just a few months Coronavirus has surpassed the global death total of the SARS epidemic in 2002-2003. It has now spread to more than 27 countries.

Some scientists predict one-third of all human beings will get it. Others say far less.

So what’s going on?

Here are 9 disturbing facts you should know about this growing danger:

1. China is lying about what they are doing to the sick and how they are handling the dead.

The socialist/communist government has controlled all news about those who are sick, dying, or dead.

They are controlling all the news about the inhumane treatment the socialist government is inflicting against the people.

And they are controlling the news about how this has all started.

But Senator Tom Cotton and other scientists believe Coronavirus may have come from one of 40 Chinese biochemical labs.

In other words, a bioweapon accidentally exposed the lab.

Suspiciously, the Chinese government has refused help from the U.S. – and all outside information to help – in determining the exact genetic sequence of virus being evaluated by worldwide labs.

The virus spreads through coughing and sneezing – similar to the flu – and from breathing it. But there’s much more…

It can enter through your eyes…

It can come through your food or drink…

It can be on an elevator button … a door handle … a water faucet.

It can be on money you touch … the drinking glass you hold … the spoon at a buffet.

3. You can have Coronavirus and show no signs for a long time.

First we were told the incubation period was 7 days.

A forehead thermometer with a normal reading isn’t proof that a person doesn’t have the virus.

And remember, many cases are mild…

Like the flu, most people survive Coronavirus. Most wouldn’t know the difference between Coronavirus and traditional flu.

4. What you can do to protect yourself and your family

Use wipes and germ-killing gel.

Build up your immune system … which may be of little help if it’s as resistant as some claim.

Stay away from anything that could put you in danger… even cruise ships.

There’s not much more you can do.

The socialist government of China is trying to find a cure and a prevention vaccination … but government never does this well.

In the U.S., private companies are working overtime to discover vaccinations and cures.

It’s the difference between an inefficient bureaucracy [Socialism] and the profit motivation [Free Enterprise].

Expect the private sector to beat their government.

Even after an effective vaccine is thought to have been developed, extensive animal testing, followed by extensive human testing, will need to be done before the vaccine can be manufactured in large quantities and made available to the public.

Hopefully the U.S. government/FDA will stay out of the way so lives can be saved.

6. What about the people in China who are in quarantine or who have the virus?

Over 50 million Chinese have been quarantined…

And residential lockdowns of varying intensity – from checkpoints at building entrances to hard restrictions on going outside – now are impacting at least 760 million people in China. That’s more than half the total population of the country!

And what they’ve done to destroy respect of life, freedom, and family is what you’d expect from socialism – with its oppressive tyranny.

The impact on the Chinese is not a cure, but a greater number of deaths … and more government control.

Those sick, dying, and dead are completely overwhelming the hospitals, ordinary healthcare, crematoriums, the infrastructure – everything.

Literally, dead bodies are being buried in mass graves or burned en masse.

The power of the state – the use of government – to solve problems always creates greater problems and slows progress.

China is an example of this.

People – even if only slightly sick – are dragged to inhumane camps – literally death camps.

They call it the “Peoples War” against epidemic.

Thugs in white hazard suits drag these people by force from their homes into an area where they will only get worse and die. They are treated like criminals, not like humans.

You’re not wearing a mask? To the death camp.

Know someone sick? To the death camp.

Have a fever? You and everyone you know to the death camp … to die.

7. What about the quality of the drugs being administered for Coronavirus?

No one trusts the quality control for medications and drugs developed in China.

Because so many medications sold in the U.S. are made in China, the Food and Drug Administration (FDA) keeps U.S. inspectors in China to monitor drug production. But all the inspectors have been recalled because of the Coronavirus. They won’t be back anytime soon – probably not for a year or more.

Would you trust an antibiotic from China when there are no FDA inspectors monitoring manufacturing quality? How about a cancer treatment?

Even processed vitamins are made in China. Be sure to take only those made in the U.S.

Follow the advice of trusted nutritional experts such as Dr. Bruce West and his Health Alert newsletter.

8. Possible economic and healthcare problems ahead in the U.S.

There are now over 30 confirmed cases of Coronavirus in the U.S.

It’s possible we’ll see our own urgent care, emergency rooms and doctor’s offices overwhelmed with flu patients worried that they have Coronavirus.

It’s been reported that 5,000 U.S. citizens have quarantined themselves out of fear of contracting Coronavirus.

If you are concerned, it’s best to see a doctor now rather than later.

And, since China is the number one producer of latex gloves, face masks and other medical supplies, it’s likely there will be a major shortage of these and other items.

China could basically shut down our healthcare system … as 97% of all antibiotics and 80% of the active pharmaceutical ingredients for drug production come from China.

Fentanyl and Propofol are made in China…

China is the number one pharmacy provider in the world. It dominates the pharmaceutical industry.

If China shuts down these exports, there will be major problems – not just in the U.S., but worldwide.

9. Socialism always fails. It never produces the utopia it promises.

Socialism’s history has been a history of oppression and death…

Central economic planning crushes the middle class and widens the gap between the rich elite central planners and everyone else.

Bernie Sanders, Pete Buttigieg and the other socialist presidential candidates do not understand the corrupting influence of extensive government power and control.

Here are just a couple of the characteristics of a socialist government:

Socialism tramples the rights of the individual for the sake of the “collective” – which really is just another term for the elite government leaders.

Socialism uses the coercion and force of the State to oppress its opposition – those not fully in lock-step support of the government order.

These characteristics of complete government control are the fuel that could create the largest health crisis and the largest human rights crisis the world has ever seen.

Only in a free society in which:

people’s self-interests are used for good, not as a means to gain power
individual rights are protected, not abused

… will life’s greatest problems and challenges be solved.

Craig Huey is author and publisher of The Huey Report and a frequent guest on TV including Fox and radio stations such as KKLA, KWVE and KBRT. His new book, The Deep State, is available now.