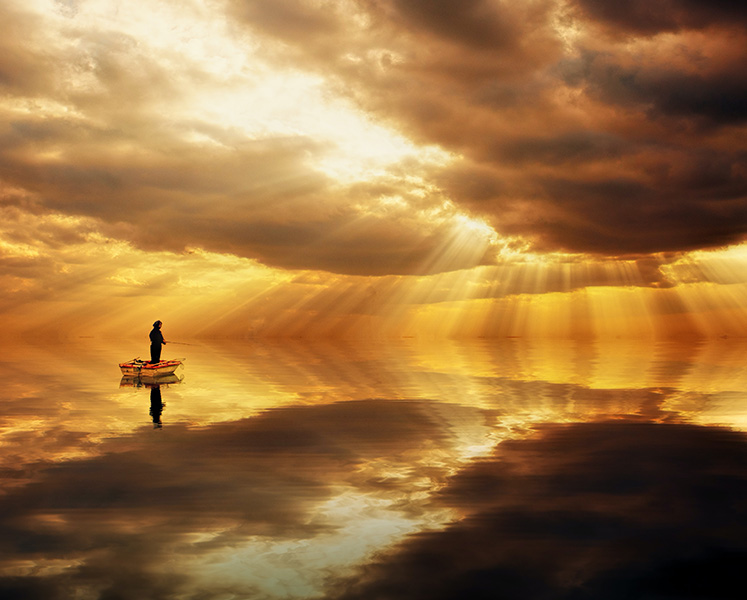 It’s been fascinating to see the hashtag “rapture anxiety” trend this year on Twitter. And no surprises with all the news that has been tied in with so-called Bible prophecy. Consider the Middle East peace deals with Israel, the US embassy moving to Jerusalem, a 27% increase in natural disasters including wildfires, floods, and earthquakes. Oh, and a global pandemic.

Many people have turned to prayer and the Bible for answers (which is terrific). There’s been a renewed interest in Revelation and the futurist interpretation proclaimed by the contemporary church and made famous by the Left Behind series of books. The futurists focus on the Great Tribulation, antichrist, a rebuilt Jerusalem temple, a peace deal, and the rapture. This reading of Scripture, a view I used to hold to but no longer, causes anxiety in many. Hence the hashtag.

Consider one young mum who wrote to me this week because she was feeling confused and fearful. “I have a young family with a little 2-year-old boy, and I’m worried I won’t see him grow up. I know everyone is going through this, and there are a lot of people scared as I am.” She continued, “To be honest, I didn’t want to read Revelation at the moment with my mental state. That’s why I have been asking a lot of questions to a few people. I believe [the Bible] should not be used as a tool of fear, and I really don’t know what to believe that I keep looking for answers and continue to be more scared than ever.”

I responded, “One of the reasons I’ve been so vocal about the false “end times” doctrine that is spread by many evangelical and Pentecostal churches is the abject fear it causes many people. The world will always hold a mixture of good and evil. The Gospel is good news, though. I would encourage you to stay away from articles and sermons that cause you to fear. Place your faith securely in Jesus and allow yourself to be loved by Him.”

I feel deeply for this young mum and the many others who are anxious and traumatised by an erroneous understanding of the Bible. “#RaptureAnxiety, like #ChurchToo (by which people shared stories of sexual harassment at church) and #EmptythePews (which critiqued hypocrisy in the evangelical community) before it, seeks to amplify the voices of those affected by the waves rocking the evangelical community.”

What the Rapture Isn’t

So, what is this “Rapture” all about? The popular view is it’s a time when believing Christians will be suddenly and unexpectedly caught up to heaven before the events that herald the end of the world. In most accounts of the rapture, believers go straight to heaven, while nonbelievers are left behind to undergo a period of great tribulation (political chaos and personal torment).

The rapture was one of the first things I heard about when I became a Christian in 1977. Jesus was returning in the 80s; the planets would align, causing cataclysmic events on earth. The antichrist was already in the world, and everyone’s eyes were on Israel and the Middle East. What happened? Nothing! And that’s the point! Doomsday prognosticators have existed for centuries, and not one of them has been right.

All of these false predictions have caused untold harm to precious people. Individuals had maxed out their credit cards, believing that the rapture would come before payment was due. Others sold houses, spent all their money, or resigned from jobs. Some failed to plan for an education convinced the end was near. I didn’t buy a house in my late teens and 20s (against the advice of my dad) because Jesus was coming back. That is one of my few regrets even to this day.

While early Christianity was intensely focused on Christ’s Second Coming, the “end times” theology as we know it today is relatively recent. While futurism appeared for a brief time in the Christian church’s early centuries, the view was not popular. During the Middle Ages and before the Protestant Reformation, futurist interpretations were virtually non-existent. Two Catholic Jesuit writers in the 16th and 18th centuries proposed the futurist view. Futurism became popular among the Puritan preachers in the 18th century and has grown in popularity in the 19th and 20th centuries so that today it is probably the most readily recognised.

So, what does the Bible say about the rapture, and should it cause anxiety? Firstly, the Bible doesn’t use the word “rapture” anywhere. The Bible’s word is resurrection. In my early days as a Christian, Matthew 24:40-41 was the go-too passage proving the rapture: “Two men will be in the field; one will be taken and the other left. Two women will be grinding with a hand mill; one will be taken, and the other left.” These verses were the inspiration for the popular Christian song, I wish we’d all been ready.

No doubt this song scared a lot of people into the Kingdom of God and caused a lot of #RaptureAnxiety.

But Jesus is not speaking here about a rapture. The context is “readiness and alertness.” Some will be ready for Jesus’ return while others, as they were in the days of Noah, will be blissfully unaware. One will be taken (taken by surprise; taken in judgment) while the other one will be left. The person you want to be is the one who is left, not the one taken! Paul reinforces this point in his first letter to the Thessalonian believers, “But you, brothers and sisters, are not in darkness so that this day should surprise you like a thief” (5:4).

What the Rapture is

Paul’s two letters to the Thessalonian church present the most detailed description of the rapture/Second Coming of Jesus in the Bible: “For the Lord himself will come down from heaven, with a loud command, with the voice of the archangel and with the trumpet call of God, and the dead in Christ will rise first. After that, we who are still alive and are left will be caught up together with them in the clouds to meet the Lord in the air. And so, we will be with the Lord forever. Therefore encourage one another with these words” (4:16-18).

Notice the order of events:

The word “Meet” means to “escort of a journey.” Followers of Jesus will be gathered from the grave and the four corners of the earth to one point ~ where Jesus is. We will then all descend with Jesus to earth, “And so, we will be with the Lord forever.” No antichrist. No great tribulation. No peace deal with Israel. No cashless society or mark of the beast. No one-world government. No, #RaptureAnxiety. In fact, Paul tells us to “encourage one another with these words” not scare the living daylights out of each other.

Until Christ’s Second Coming, the world will continue as it is. Society will progress as it has for thousands of years. Life will be a mixture of good & bad. As Jesus taught, there’ll be wars and rumours of wars and natural disasters in various places. “And this gospel of the kingdom will be preached in the whole world as a testimony to all nations, and then the end will come.”

So, should the rapture cause anxiety? Not at all. It’s a day to look forward to as we will ever be with the Lord we love and who loves us. In the meantime, live a life that makes this world a better place, and demonstrate God’s love to others as you have the opportunity. Because He loves them too!