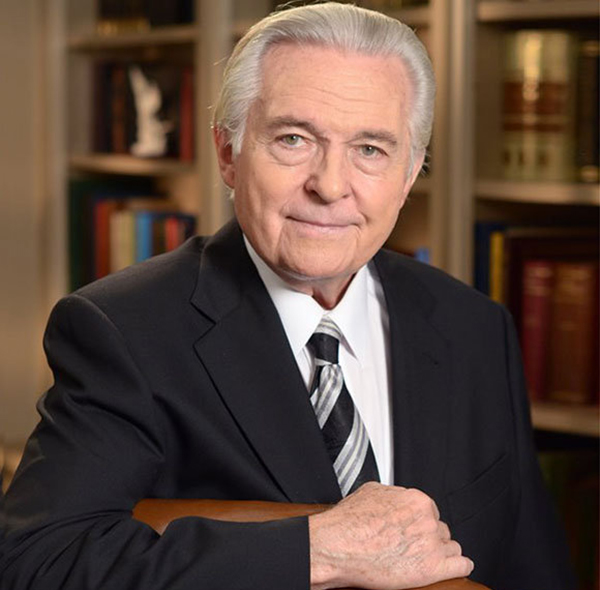 Christian televangelist and popular End Times preacher Jack van Impe has passed away at 88, as was confirmed on his ministry website.

For more than 30 years, Van Impe appeared on TV as the host of his own half-hour show, Van Impe Presents, a show focused on commentary on current events.

Well known for his half-hour weekly television series Jack Van Impe Presents, an eschatological commentary on the news of the week through an interpretation of the Bible. The program airs around the world through both religious broadcasters and the purchase of paid programming time on commercial television stations.

He was known as the “Walking Bible,” having memorized most of the King James Version of the Bible. His wife, Rexella, shared his TV ministry as co-host.

Jack Van Impe believed in one particular interpretation of the literal meaning of the Bible (King James version) that states, according to Revelation 13, that a single world political leader (The Beast) and a single world religious leader (the False Prophet) will emerge, but The Rapture will happen before either leader comes to power. He believed that the Bible teaches that the world will be organized into ten political subdivisions, based on the ten-district plan set up by the Club of Rome and that this ten-division world empire will be jointly ruled by the European Union and the Islamic world, which he believed are represented by the two iron legs of the prophetic dream statue in the Book of Daniel.

Van Impe believed in the Prophecy of the Popes, and that according to said prophecy, Pope Francis is Peter the Roman, the predicted pope who will preside during Armageddon.

Van Impe preached a Pre-Tribulation Rapture of ‘The Body of Christ’ and also said a one-world religion will form, named “Chrislam”; the joining of the world’s two largest religions (Christianity and Islam). He believed that the Bible states that the world political leader will “come in peaceably” (per Daniel 11:21) and create a seven-year peace deal involving Israel (per Daniel 9:27). Then, three and a half years into the peace, Russia (the interpreted meaning of ‘Rosh’ from Ezekiel 38:2 and 39:1; Van Impe also identified Meshech and Tubal from the same passages as Moscow and Tobolsk respectively), along with its Middle Eastern allies (‘Persia, Cush, and Put’, from Ezekiel 38:5), will break the peace by invading Israel, according to Ezekiel 38, and the military of Russia and its allies will be decimated by nuclear warfare and pushed back to Siberia.

Then China (the interpreted meaning of ‘kings from the east’ from Revelation 16:12) will invade, and the military of China will likewise be decimated when Jesus returns.