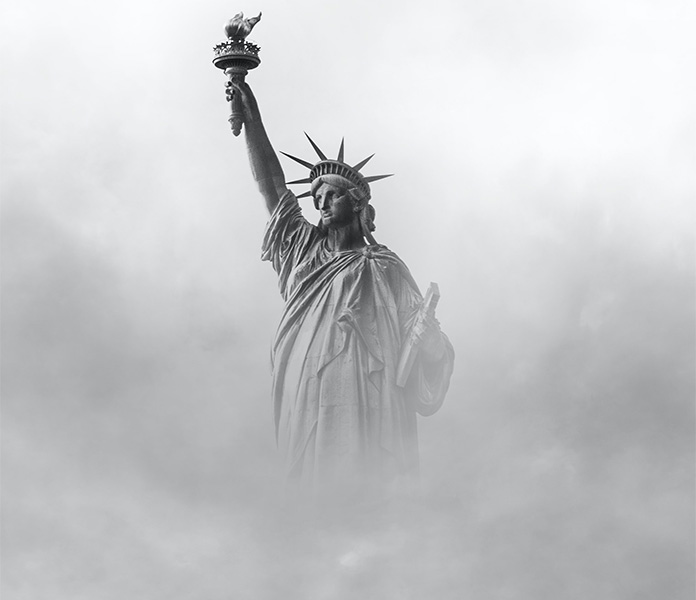 Yesterday was a long year.

I’d only been up for four hours, which was about the length of time I’d slept the night before, and already I’d been beaten relentlessly by a social media tsunami of anti-mask proselytizing, confederate statue worship—and a quick cut horror show of trending news stories about COVID parties, Costco white fragility, pandemic school re-openings, and inexplicable World Health Organization departures.

I sat there transfixed to the small screen in my shaking hand, scrolling quickly to find something to get me unstuck and jump start my optimism enough to propel me into the day—but I was met with packed pools of virus-deniers, old friends broadcasting their racism, born-again Karens preaching hatred in Jesus’ name, and slurs of black NASCAR drivers by extended family members.

I could feel my heart rate rising and the acid in my stomach twisting my insides. My breathing became slow and sporadic.

“To hell with it all,” I finally said out loud, as if someone else could hear me.

I threw the phone down and stormed into the kitchen to binge another few episodes of Ozark along with a large helping of my feelings, and began dreaming of waking up in another country, of once again feeling national pride, of no longer being embarrassed by the place I call home or the people who lead us.

I started to covet my neighbor’s nation.

I am done with America.

I’m done being represented by a needy, belligerent, barely literate mobster.
I’m done with unrepentant racists and anti-science religious zealots.
I’m done with confederate flags and Fox News and MAGA cultism.
I’m done with a grotesque Frankenstein Christianity wildly stumbling around without Jesus’ tender heart.
I’m done living in a nation, nearly half of which wants it to be more white, less diverse, and less kind.

I imagine I’m not alone in my American done-ness.

I bet you’ve long since reached your saturation point for bad national news, been pushed well past your anxiety threshold, and you’re wondering how much your already-taxed system can tolerate.

People ask me every day how they can go on, where they can find hope, what the secret is to staying positive is in these days that seem to provide no respite from enmity—and I only have one answer:

There is no other choice.

This is my home, it’s the place I’ve lived for half a century and poured my life and my gifts and my heart into, and I’d really rather not uproot my family and leave my friends and flee to places that feel less violent and less cruel and more welcoming—because that’s what we’re supposed to be.

America has never been all that the songs declare we are, never approaching the kind of whitewashed, mythical greatness so many dream of returning to—but it’s been a place where tired, poor, huddled masses yearned to reach and breathe in, because it was aspiring to be safe harbor for liberty in a tempest of inhumanity.

And dammit, I’m going to spend myself to make sure it can become that.

The racists are growing desperate. I think their violence is going to get worse. I think they feel the head winds of History blowing fiercely against them and they are going to make one more frantic, brutal, ugly assault on diversity and decency—and we’ll have to be here to be the line that will not be moved.

I’m done with this America—and I’m ready to fight for a better one.

Lock arms with me, friends.

We have a stand to make.

Opinion piece by John Pavlovitz, a writer, pastor, and activist from Wake Forest, North Carolina. A 25-year veteran in the trenches of local church ministry, John is committed to equality, diversity, and justice—both inside and outside faith communities. When not actively working for a more compassionate planet, John enjoys spending time with his family, exercising, cooking, and having time in nature. He is the author of A Bigger Table, Hope and Other Superpowers, and Low.