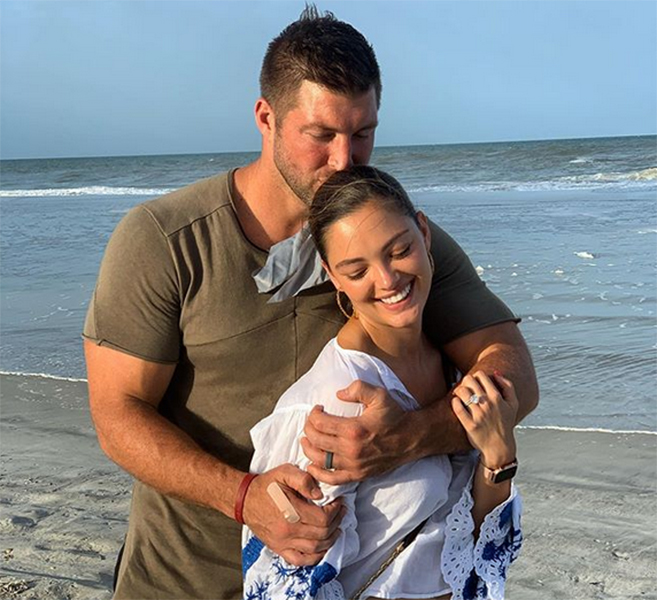 Human trafficking is real, and it is alarming that in 2020, we are seeing unprecedented numbers of people used for both human and sex trafficking.

Tim Tebow has joined professional surfer Bethany Hamilton in calling for an end to human trafficking, using his 33rd birthday to draw attention to one of the hidden challenges the world faces.

In an OpEd published in Fox News, Tebow stated, “I’ll never forget the day my dad called me from overseas and told me he had just purchased four young girls. I was in my mid 20’s at the time, and completely unaware such a transaction was even possible. Surely I had misunderstood him.

“People buy groceries. Shoes. Annual passes to Disney World. They don’t buy other people. But I had heard him correctly. My dad had opened up his wallet and bought as many girls as he could with the cash he had on hand.

“It was a split-second decision. At that point in time, there was no safe home to take the girls to. So we built one. There’s a saying that evil triumphs when good men do nothing. My dad was not going to be the man who did nothing. Had he just stood there silently, who knows where these girls would have been taken and what would have been done to them.

“Had we not stepped in to build a safe home, who knows where these girls would be now. My dad had no choice that day. My foundation had no choice…”

Tebow has been actively involved in fighting human trafficking for some time, setting up the Tim Tebow Foundation to actively make a difference.

For the last decade, the number of individuals trapped in the vicious industry of human trafficking has increased with every passing year. The American Bar Association reports that it is estimated that as many as 40 million people in the world today are being bought and sold as modern-day slaves. Women, children, and even men are being captured, exploited, and abused on a daily basis in every country around the world.

According to The Polaris Project, the statistics are staggering. Human trafficking generates $150 billion worldwide, with the United States leading all other countries demand. Roughly 70% of victims worldwide are female. 25% are children. They have been identified in every single US state, and more than ever are reaching out for help.

Tebow, who earlier this year married former Miss Universe and South African model, Demi-Leigh Nel-Peters, has called on Christians globally to help in his fight for the lives of the 40 million people who have been trafficked or who are at risk of becoming victims.