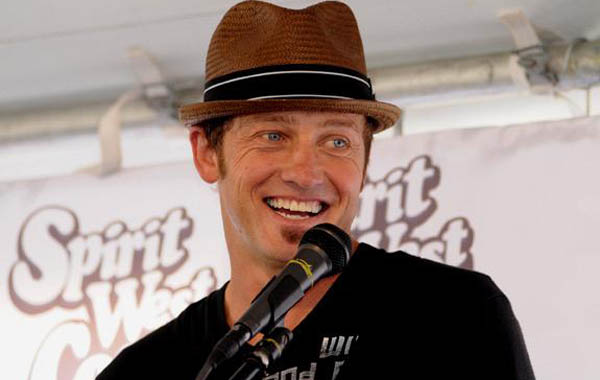 TobyMac’s new studio project, “Eye On It” debuted at No. 1 on the Billboard Top 200 this past week. It is the first time in 15 years and only the third time ever that a Christian album has topped the charts.

“It’s my honor to write songs and even a further privilege that people choose to listen and make them part of their lives,” said TobyMac in a press release, upon hearing about the No. 1 debut. “My hope has always been that these songs would somehow remind people that though we are flawed God offers us love, hope and refuge.”

“Eye On It,” led by the No. 1 single “Me Without You,” is being recognized by many as Toby’s strongest set of pop songs to date. In support of the album, TobyMac will launch a fall “Eye On It Tour” and follow that up with a “Hits Deep Tour,” which will continue throughout the holiday season.

On Nov. 1, 1997, LeAnn Rimes ranked No. 1 on the Billboard Top 200 with “You Light Up My Life â€“ Inspirational Songs,” which spent three weeks on the chart as No. 1. Prior to that, only one Christian project achieved this noteworthy status. Bob Carlisle’s “Butterfly Kisses/Shades of Grace” hit number one earlier in the summer of 1997. In 2011 and 2012, other Christian artists that have come in at the No. 2 spot, include Casting Crowns, Red and David Crowder Band.

As for TobyMac, he has claimed a spot on the chart nine times and he has been in the Top 10 three times. DC talk, the trio made up of TobyMac, Michael Tait and Kevin Max, also had five more albums on the top of the charts, including “Supernatural” in 1998, which came in at No. 4.

For more information about TobyMac, “Eye On It” and the upcoming tour dates, visit www.TobyMac.com. Also, check out his Youtube channel at www.youtube.com/user/tobyMmusic, where Toby talks about the story behind the hit single “Me Without You.” and the bestselling track “Forgiveness,” featuring Lecrae, and more.