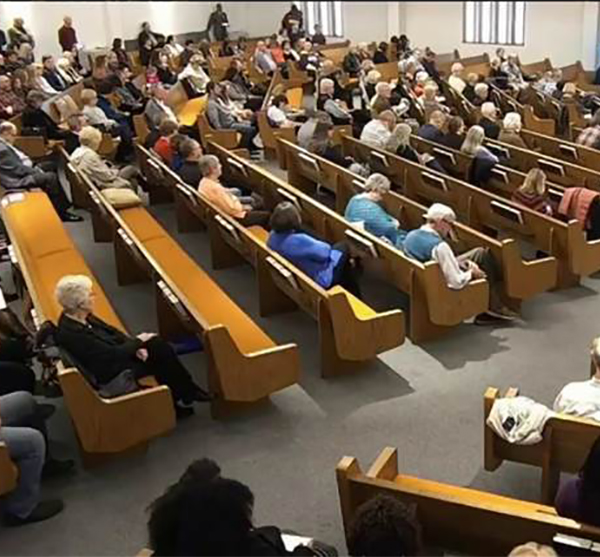 Two people are dead and another person is critically injured after a shooting at a church in Texas.

The shooting occurred Sunday morning at the West Freeway Church of Christ in the Tarrant County city of White Settlement. The threat was reported at 11:20 a.m. at the church, which is located at 1900 S Las Vegas Trail in White Settlement, near Fort Worth.

CBS 11 News reports that the gunman walked up to a church member serving communion and opened fire. CBS 11 also reports that another church member, who is believed to be a former FBI agent and part of the church’s security team, shot the suspect.

Gov. Greg Abbott has also made a statement in regard to the shooting:

“Our hearts go out to the victims and families of those killed in the evil act of violence that occurred at the West Freeway Church of Christ. Places of worship are meant to be sacred, and I am grateful for the church members who acted quickly to take down the shooter and help prevent further loss of life.”

Two men died from their injuries and another man was critically injured. Fort Worth spokesman Mike Drivdahl said in a news conference that they believe the gunman is among the three killed, but at the time of publishing it is unknown if he was killed or is injured.