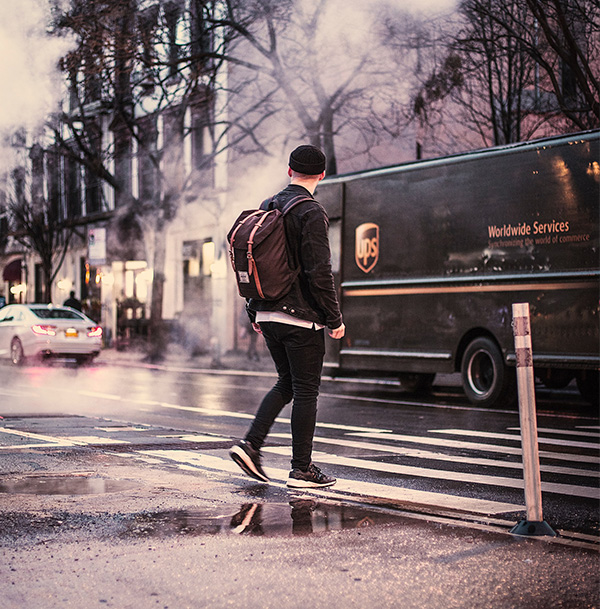 In spite of scrutiny, the United Parcel Service (UPS) Myrtle Beach, SC Center manager is now retaliating against employees who sought to voluntarily pray together before work, in the form of strict application of work “rules” and harassment, in response to attention over the prayer meetings.

After Liberty Counsel, Liberty Counsel a nonprofit, litigation, education and policy organization dedicated to advancing religious freedom and the sanctity of life, sent a demand letter on February 12 to UPS stating that drivers’ prayer meetings must be allowed again, and any participating drivers who have been fired must be reinstated.

The parcel service stated that Center Manager Steve Keller would hold a “Prework Communication Meeting” (PCM) to confirm the employees’ right to pray. One driver represented by Liberty Counsel has been rehired.

According to one driver, a PCM finally occurred yesterday in which Keller read “a scripted letter stating UPS does not discriminate against people’s religious freedom off the clock and we are all to follow safety protocols when meeting on the yard.” Meanwhile, Keller continues to harass the employees for complaining about his mistreatment of them for exercising their right to pray before work.

In July 2019, approximately 40 UPS drivers started voluntarily praying together each morning in the parking lot prior to their shifts. The group has since grown to between 50 and 60 drivers. Employees initially reported to Liberty Counsel that Keller told a driver on January 16, 2020 that the drivers “cannot pray anymore on company property because someone else may feel discriminated against.” Then, on January 20, Keller told a second driver that the drivers “could no longer pray on company property because it violates others’ religious rights.” The following week, the drivers met, but did not pray. Some bowed their heads in a simple moment of silence. Since then, several drivers with many years’ experience who regularly participated in the prayer meetings were fired for what appears to be pretextual reasons.

In response to media calls, UPS sent out a statement which said: “We have investigated the claims made by Liberty Counsel in their letter to UPS. We believe there is a misunderstanding and we have reached out to them to clarify the situation regarding employees at our site. UPS employees are permitted to assemble before they start work as long as they follow truck yard safety and conduct rules. No employees have been disciplined in connection with assembly to pray prior to their shift. We look forward to clarifying this situation with Liberty Counsel and our employees at the site.”

Other UPS employees have contacted Liberty Counsel to share their experiences. For example, Randy Lankford is a pastor and former UPS employee who drove a truck for 28 years. Lankford confirmed the South Carolina drivers’ account regarding Keller. Lankford related that the drivers at the Monroe, NC center started a devotional / prayer time every morning in 2013 before work “to help their morale and calm the chaos that we deal with in many of the drivers’ lives. We always did it on our time, never on company time. This is when the harassment and bullying by Steve Keller started,” said Lankford.

“Steve Keller would tell us (or me, because I was running the devotional every morning) that we could not have prayer time and a devotion of our own meeting before work. So I went to the center manager and he told Keller that we could meet. Then Keller decided to start bullying and harassing drivers and especially where we could meet to have devotion. He moved it four times,” said Lankford.

Lankford then contacted the division manager who confirmed that drivers were allowed to have their meeting before work. However, Keller, who was an on-car supervisor at the time, only increased the harassment. Lankford said he never regrets starting a devotion and prayer time for the drivers before work because, “It changed men’s attitudes, men’s lives and the trash talk in locker room. We helped men deal with family issues. We even saw some men on the belt where they load the trucks, come to faith in Christ. They started their own devotion and prayer time as well.”

However, the continuous harassment from Keller that Lankford faced seriously affected his health.

Lankford said, “A normal on-car supervisor rides with a driver around three times a year. Steve Keller rode with me 13 times in one month. I raised this issue with the union many times and spoke with our center manager about the harassment and intimidation. It fell on deaf ears. Nothing was done. The more you complained about Steve Keller, the more vindictive he became. This went on for probably one year.

One day in 2014, Steve got on the truck and he was out for blood. He was there for one reason, and that was to fire me. To make it short, let me put it this way. I would normally deliver 60 stops before 3:00 p.m. We were arguing from 9:00 in the morning to 3:00 in the afternoon about every detail about how I was working. It was plain harassment, and it caused me to be so stressed that I thought I was having a heart attack. At 3:00 p.m., Steve Keller took me to the hospital, because I thought that I was having a heart attack. At that time, I had only delivered 18 stops. My last day at UPS, after delivering for 28 years, ended in the hospital in Matthews, NC, because of Steve Keller’s harassment.”

Liberty Counsel Founder and Chairman Mat Staver said, “Employees at UPS and elsewhere are allowed by law to voluntarily read the Bible, pray together, or discuss spiritual matters before their shifts begin for the day, during their lunch breaks or during any other off-the-clock time when they may otherwise read or discuss secular topics. Managers are forbidden from harassing their employees for exercising their religious freedom rights. UPS should take action upon these reports of what appear to be a pattern and practice of retaliation by a vindictive manager,” said Staver.