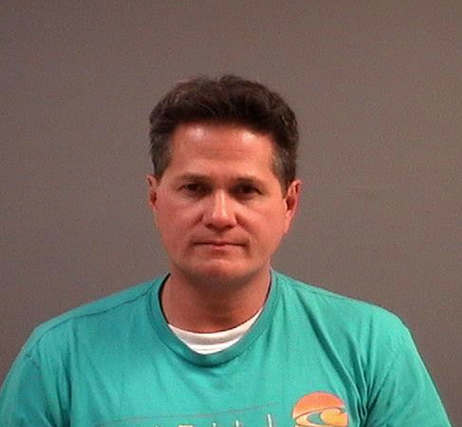 Virginia megachurch pastor John Blanchard is one of 17 men who have been arrested after an online sting operation by law enforcement.

Chesterfield County Police Special Victims Detectives conducted an online chatting operation, which nabbed the pastor of the Rock Church. He was arrested last Friday and was released on bond on his charges of solicitation of prostitution from a minor age 16 or older and using a vehicle to promote prostitution or unlawful sex.

Investigators said John Blanchard and others thought they were arranging to meet underage people for sex. Instead, it was a police operation that ended with arrests.

According to police, “During the two-day operation, detectives intercepted suspects who believed they were soliciting sex from minors through online and social media platforms. The suspects communicated with people they believed to be underage members of our community and arranged to meet them at a location to have sexual relations. When the suspects came to the location, they were met by police and arrested.”

Blanchard, 51, of the 5700 block of Warning Street in Virginia Beach, is one of 17 suspects, while police have charged a total of 32 people in the last week.

While his arrest happened Friday, he was reportedly holding service the following Sunday.

3WTKR reports that, according to Chesterfield County Police Chief Colonel Jeffrey Katz, after interacting online, the men knocked on a motel room door expecting to be greeted by an underage girl with whom they had previously arranged a sexual encounter. Instead, they were greeted by a detective.

“The innocence of a young child, that’s something we take very seriously in Chesterfield. That’s why we run these operations that are geared people that are trying to have sex with underage children,” Major Mike Louth said.

The arrest is a major embarrassment for the pastor, who, according to the church’s website, is a married man and a father of two daughters. The website states: “Coming from a background in atheism and a dysfunctional childhood, John’s heart is to reach a generation with a message of hope through the healing and delivering power of Jesus Christ. This message has taken his ministry to dozens of countries all over the world and the USA and to procure a Masters of Divinity Degree from Oral Roberts University.”

Blanchard has been the Senior Pastor of the church since 2013, alongside his wife, Robin.

Prostitution is illegal across the United States and Virginia is no exception. Taking part in prostitution as a prostitute or customer is against the law. According to U.S. law, a person who solicits prostitution of a minor who is 16 or older will be charged with a Class 6 felony. Prostitution is considered a sex crime in Virginia and a conviction carries jail time and huge fines.