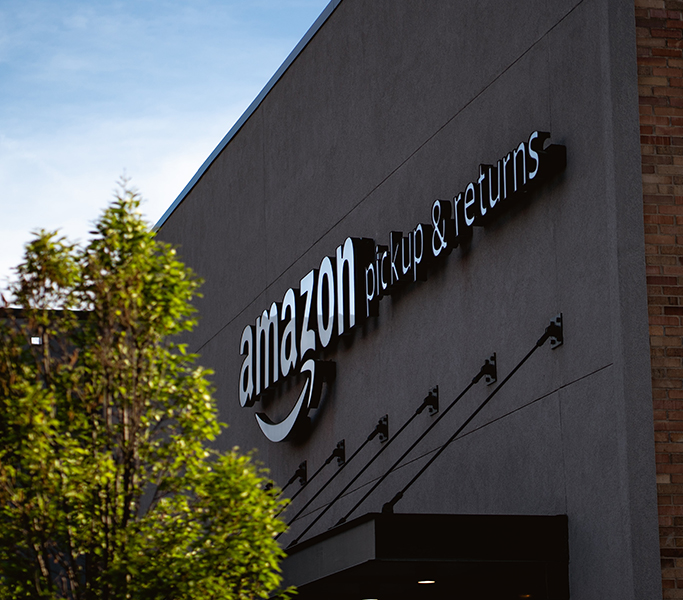 This week has seen more disturbing censorship of moral viewpoints by big business. A few days ago, Amazon removed Dr. Ryan T. Anderson’s book, “When Harry Became Sally: Responding to the Transgender Movement” from its web store. The book voices serious concerns about the transgender movement, but does so while presenting a very balanced and thoughtful evaluation, drawing upon the latest insights from the scientific, medical and legal worlds, and has earned the respect of many professionals in these fields. There have even been social media posts from transgender people themselves, praising the book’s rigorously researched basis. For example, on Feb 22nd, Chad Felix Green tweeted:

“I am transgender and this book is enlightening, thoughtful and well-researched. It provides necessary and important information on the science and the social impact of the Gender Identity movement.”

The book has also been praised for its balanced, evidence-based approach by a number of  high-profile academics:

– a professor of medical ethics at Columbia Medical School

– a professor of psychological and brain sciences at Boston University

– a professor of neurobiology at the University of Utah

– a distinguished professor at Oxford University

– a professor of jurisprudence at Princeton University

Yet, despite the book’s well-balanced, thoroughly researched treatment of the subject, Amazon removed it from sale without warning or explanation, presumably because some over-sensitive people in Amazon’s middle management didn’t like its conclusions. The hypocrisy of Amazon’s actions is stunning, considering that they feature on the “2021 Dirty Dozen List” which was released today (Feb 26). This is an annual list compiled by the National Center on Sexual Exploitation (USA) which shines the spotlight on mainstream entities who facilitate and profit from distributing material which is sexually exploitative. It seems that Amazon only has a moral conscience when it conforms to their progressive social agenda.

Amazon is not the only retail giant who is engaging in selective censorship. Over the last couple of days, Target has once again removed Abigail Shrier’s book, “Irreversible Damage: The Transgender Craze Seducing Our Daughters” from sale – without warning or explanation. This is the second time Target has withdrawn this book from sale. The first time was several months ago when they withdrew it after a single critical email from a disgruntled transgender person, only to subsequently reinstate the book after they were subsequently swamped by a tsunami of emails complaining of their undue censorship.

In response to this latest axing of her book, Shrier tweeted Target, saying:

“Hey there, Target, my book, “Irreversible Damage” is suddenly gone from Target.com once again, without a word of explanation. At least have the guts to tell us why.”

To this point, there has been no reply.

Both authors, Shrier and Anderson, have been critical of big business’s progressive push to embrace the transgender agenda and believe that this week’s censorship of their books is indicative of a dangerous trend towards the development of a totalitarian state. Increasingly, divergent viewpoints that do not toe the party line are being aggressively erased and censored, and the proponents of these views are being discriminated against and even punished. It is a deeply disturbing trend that is reminiscent of the repressive totalitarian regimes of the mid-1900s that were the purveyors of such suffering and evil.

We are at the cusp of a dangerous precipice. Unless the majority of sensible, clear-minded people speak up and denounce this kind of repressive censorship, unless we overwhelmingly refuse to accept this kind of enforced universal conformity to a narrow moral and philosophical viewpoint, this kind of repression of free expression will soon become entrenched and irreversible. History has shown that the empowering of despotic dictatorships happens terrifyingly quickly, within a few short years, if the common people do nothing to oppose it.

In our current case, the looming despotic dictator is not an individual but an ideology; the replacement of the traditional Judeo-Christian morality (that has formed the basis of our western society for millennia) with a narrow progressive morality that denies all sensible, biological definitions of gender and enthrones aberrant, minority forms of sexual expression as inviolable expressions of love. The despotic aspect of this new ideology is not simply the proposal of a new liberal morality, but, more disturbingly, the denial of our constitutional right to voice a divergent opinion, along with the vigilante-styled aggression with which the few brave dissenters are now hunted down and punished. This is swiftly becoming state-sanctioned bullying and intimidation, the likes of which we have never seen in Western society.

If this trend continues, we must ask what other beliefs and values will become compulsory for us in the near future. What new politically-correct ideologies will become part of the new state dogma, against which it will be illegal to write or speak? How long until the Bible is banned?

Unless we speak up now and refuse to accept the current repressive censorship of anything that questions this new ideology, it will quickly gain unstoppable impetus. By remaining silent, we give it power.

“The only thing necessary for the triumph of evil is for good men [and women] to do nothing.” – Edmund Burke.

As a Christian, I do not force my beliefs and values upon those who do not share my faith. I respect the fact that in a free society, people have the right to choose their own course and determine their own beliefs and values. But when a small segment of society begins to dictate everyone’s beliefs and values, when an aberrant minority group gains unprecedented access to the corridors of power and begins to dominate policy-making, when we see an extreme progressive movement systematically repress the traditional views of the majority and enforce conformity to a set of standards and beliefs that, at many points, defies all sensible and biological definitions, then it is time for “good men and women to speak up.”

“You are the salt of the earth. But if the salt loses its saltiness, how can it be made salty again? It is no longer good for anything, except to be thrown out and trampled underfoot.” – Jesus (Matthew 5:13).