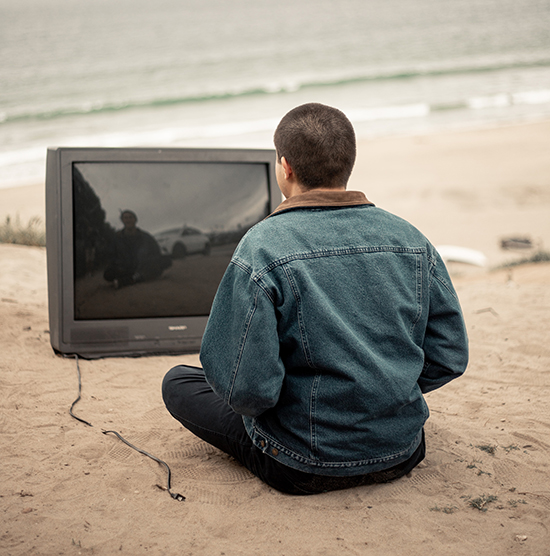 The story of Les Feldick…

Because of the work I do, I watch a lot of Christian television programs on all the Christian channels I can find. Although I won’t live long enough for the therapy I’ll need, the truth is, there are some fascinating programs out there. But one particular program that surprises me because of it’s popularity is “Through the Bible with Les Feldick.”

Mr. Feldick had no formal Bible training, but apparently he was a passionate Bible teacher. He taught informal Bible study classes for more than 30 years in multiple cities and eventually created a television program that premiered in 1990 through syndication. Apparently one of his students talked him into going on television, and he produced Bible teaching programs for 19 years on a local TV station in Tulsa, Oklahoma from October 1990 to October 2009.

Today those episodes are broadcast around the world.

If you’ve seen the program, you know that Les would teach in a casual short sleeve shirt, with an old blackboard, in front of a small audience sitting on folding chairs. Essentially, nothing that I as a producer would recommend, and the overall technical quality is pretty terrible.

Which leads us to the question: Why are Les Feldick’s poorly produced programs so popular? In fact when our team at Cooke Media Group consulted with one particular Christian TV network we did a viewer survey to find out what they liked about the network’s programming.

Over and over, Les Feldick’s name came up.

The reason? Bible teaching. As we talked to Christian TV viewers we repeatedly received the same response:

“It’s terrible quality, but we watch Les Feldick because there’s hardly anyone teaching the Bible anymore on Christian television.”

Certainly there are plenty of pastors and teachers preaching from the Bible, but when it comes to verse by verse Bible teaching, it’s becoming more and more difficult to find.

Which is why such a poorly produced program is so popular. And for the record, right or wrong, there are plenty of critics of Mr. Feldick’s theology, doctrinal positions, and perspectives. But there’s such a hunger for Bible teaching that he still is out there, on the air, in a huge number of places.