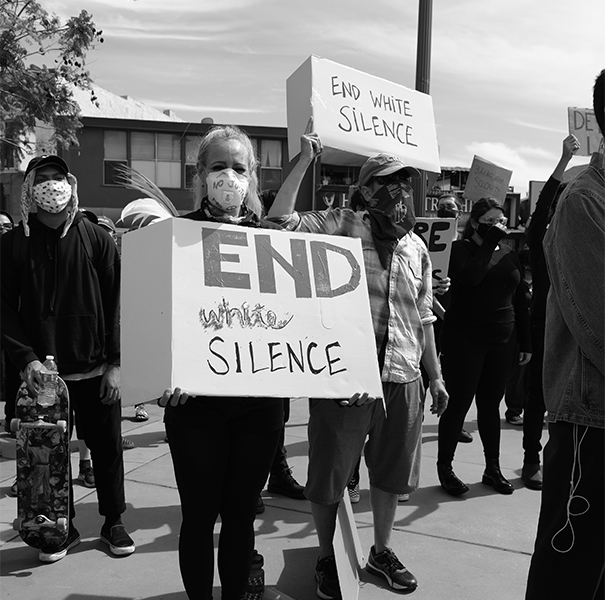 As the controversial idea of becoming “woke” pervades our culture, I’ve been getting more and more questions from pastors and ministry leaders about what to do if “cancel culture” supporters come after their church or ministry. I thought I’d start by asking two highly respected communication consultants who happen to be friends – Johnnie Moore, founder of The KAIROS Company and Larry Ross, Founder of A. Larry Ross Communications. Both have extensive experience in helping leaders and organizations navigate today’s changing culture, so I asked them each to give us their recommendations for what to do if or when cancel culture comes to your church.

Instead, Churches and Christian ministries need to expect things will be complicated sometimes yet they must always hold two Biblical ideas in tension when their ministries become controversial in their communities. Frankly, if ministries are not controversial on occasion then they’re probably not treating the Bible as seriously as they should (whatever your denomination and whichever political direction your community swings, left or right).

The first idea comes from Paul: “Am I now trying to win the approval of human beings or of God?…If I were still trying to please people, I would not be a servant of Christ” (Galatians 1:10).  In other words, “you can’t be popular all the time and follow Jesus, period.”

The other idea comes to us from Peter: “Be careful to live properly among your unbelieving neighbors. Then even if they accuse you of doing wrong, they will see your honorable behavior, and they will give honor to God…” (1 Peter 2:12).  In other words, “serve the community in the good times and they’ll remember it in the bad times and even then thank God for you.”

Instead of holding both in tension, most churches pick one, and are defined by it. They are either obsessed with controversy (or give no thought to controversy) or avoid controversy at all costs (inevitably running into it sometime, unprepared).

Solomon was right: “It is good to grasp the one and not let go of the other. Whoever fears God will avoid all extremes” (Ecclesiastes 7:18).

So, with these assumptions taken care of, when the “cancel culture” comes for you, here’s what we’d generally advise from our team at The KAIROS Company:

(1) Almost always the right thing to do is to hold your guns. Most of the time it’s best to not say anything publicly in response. As the old adage goes “sometimes it isn’t right to defend yourself: your friends don’t need it and your critics won’t believe it.”

(2) If you do need to respond then it should be brief and carefully worded with the help of communications professionals.

(3) Always look for the kernel of truth or lessons to be learned in every controversy and apply them for the future.

(4) Stayed focused on your core mission.

(6) Never forget Christians basically do not have permission to “not love” anyone, even the critics.

(7) If the criticism is justified then own it, but do it with discretion and care.

Ultimately, however, in today’s culture, any ministry or church of any reasonable size and influence ought to have communications professionals retained in the same way you hire lawyers, accountants and other professionals. Communication expertise will help you better define yourself in the community (i.e. the marketplace) and protect you when it gets complicated or controversial — as it inevitably will, sometimes. As they say, “an ounce of prevention is worth a pound of cure.”

Larry Ross: Below are some collective thinking from our team at A. Larry Ross Communications on principles pastors and Christian leaders need to keep in mind in shaping their response to a cancel culture situation:

1) Be as prepared for a communications and reputation management crisis as you are for any other natural disaster; these are just man-made.

2) Don’t defend yourself or your ministry; rather define yourself, instead of being pejoratively defined by others with an agenda.

3) Have the definition of your brand identity, ministry distinctive and how you serve your community already locked and loaded to have at the ready when needed.

4) Prepare well in advance by crafting talking points and social media posts focusing on who/what your church/ministry is, not necessarily who/what it is not.

5) Have a plan for how you would disseminate those messages out, if attacked. But always remember to be the Church.

6) Pay close attention to your lexicon; when in heightened and defensive situations, words can be used to either neutralize or escalate a situation very quickly. The best place to start is to make sure the language you use comes from a place of love, not judgement; try to understand before you seek to be understood.

7) Be relatable to people who may not agree with your position or opinion, but will better respect you for your tone and how they are conveyed.

8) Be succinct in your response, focusing on what is true and the big picture.

9) Go back to the basics: “We are all sinners. We are all created in the image of God. We all need grace.”

10) As an encouragement to pastors and ministry leaders (but not necessarily to include in public messaging in a cancel culture attack) when it comes to public response, be confident in your constitutionally-guaranteed freedoms of religion and speech.

11) Maintain a posture of humility; avoid coming across as strident or “in your face.”

12) When engaged in Kingdom ministry, trust in God’s providence and protection, rather than living in fear of the cancel culture.

13) Closely monitor reputation management. As your ministry increasingly comes under a cultural microscope, make doubly sure your entire leadership, including volunteers, are “walking the walk” and above reproach.

There’s a lot to reflect on from these two communication professionals and both lists are worth going over in detail with your leadership team. It’s difficult to tell if cancel culture is a passing fad or a long term challenge to our freedoms, but either way, there is much in our society today that should drive us to serious and sustained prayer as well as having a strategy in place.