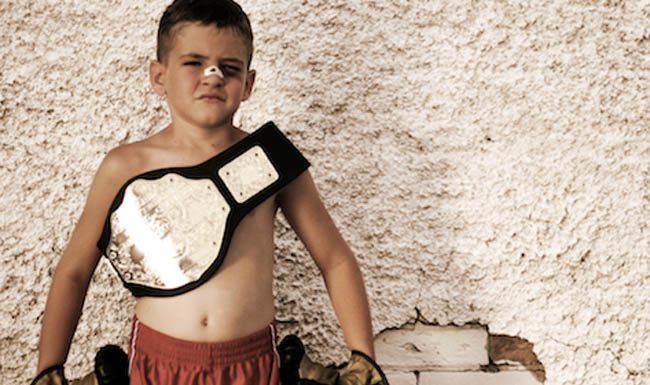 Have you ever had a crazy ridiculous dream? So way out? So weird? On the one hand in your heart of hearts you believe it’s from God. On the other, it’s so … out there … that you’re afraid to tell anyone, in case they think you’re smoking dope.

I’d been a Christian for, ooh about … 6 months. I was already at Bible College, studying ministry. A huge turnaround from the tough, hard-nosed businessman I’d been. My personal life had pretty much fallen in a heap. It was a very ordinary Saturday arvo, and I’d been ironing when, well the best way I can describe it, is that it was like the Presence of God fell on me in the stairwell of my townhouse.

So I sat down on the top stair and the Lord showed me how for years while I (full of myself) had been prancing around stages speaking at large IT conferences around the world – He’d been getting me ready, training me, teaching me … to go out there and tell people about Jesus. To preach the Gospel. It was so humbling and compelling at the same time … I didn’t know how, or when (it would in fact be another 8 years till it started happening).

A year or two later, I was at a Joyce Meyer rally in the Sydney Entertainment Centre. Okay, Joyce isn’t everyone’s cup of tea – but the Lord spoke to me so powerfully through her in those early days as He was laying the foundations of my faith. (Thanks Joyce!)

I looked around – there were several thousand people in that auditorium – and me, being wired and called to preach the Gospel – thinks to myself: If only one day I could tell this many people about Jesus!
Crazy I know. I couldn’t tell anyone. I mean… what would they have thought?!

And just as I was having that thought – I heard a voice, it was quick, it was fleeting but what it said was totally unmistakable:
Berni … this is nothing! Just wait and see what I will do with you …
Nah! Couldn’t be … get out of here!

And yet in my heart of hearts, I dreamed about telling stadiums full of people … millions of people about Jesus. Was I going nuts?

One thing led to another and I became involved in this tiny, almost defunct ministry called “Christianityworks”. A media ministry that had been going for just over 50 years in Australia whose “core business” it was to teach the Bible in the media – principally through radio programs.

Only … it was almost broke. It wasn’t producing any radio programs. And it was pretty much a case of last one out, turn out the lights!
It was at that point (thank you Jesus!) that I felt called to leave my safe, secure and very comfortable IT consulting job, to take over that ministry and start preaching the Gospel. But how? I didn’t know anything about radio and I certainly didn’t know any stations.
But a call from God is a call from God.

So crazy as I was back then … off I went. We spent the last few thousand dollars we had in the bank producing about 12 half hour Christianityworks radio messages (when I listen to them now, I want to crawl in a hole and die! Did I really sound like that?!).

On the 21st of February 2005 the first of those programs went to air on a handful of stations in Australia.

Today, we’re still producing radio Bible teaching programs, and they’re heard through over 1,000 radio outlets in 160 countries around the world, by a weekly audience somewhere in excess of 15 million people. And come Sunday the 3rd of June 2012, we’ll be going on air on a Government owned radio network across India, in a time slot that currently has 30 million listeners each week!

The most common question I get asked is … Berni how did all that happen?

And my honest to God answer is … I really don’t know.
Really!!

So I’m here to tell you – don’t ever right off your crazy dreams. That strange Voice all those years ago at the Joyce Meyer rally, had it absolutely right!

It’s all about Him. We in the tiny Christianityworks team feel pretty much like bystanders. What a God we serve!!

Well, there you have it. That’s my crazy dream. It’s out there.
Berni Dymet – adifferentperspective.org