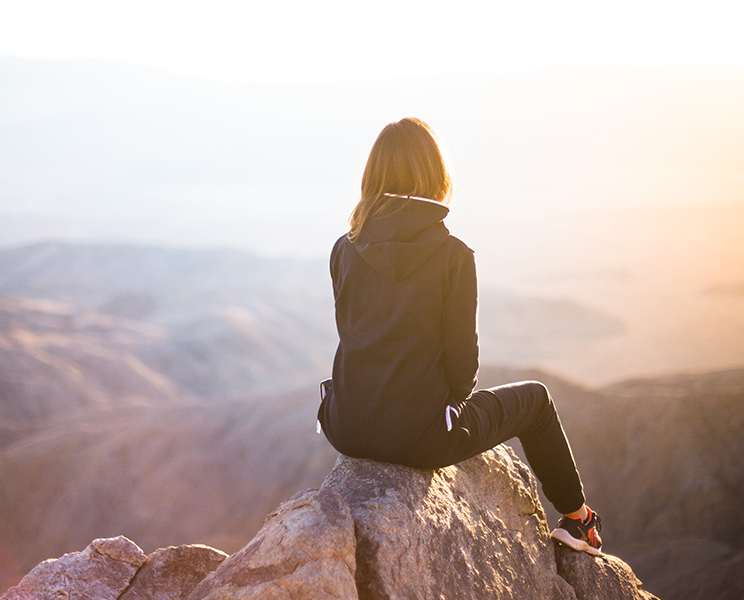 It’s a question I’m regularly asked: Is it alright to pray to Mary and the Saints?

I write this with the highest respect for my Roman Catholic brothers and sisters. I have learned, and continue to learn, much from you. I especially appreciate your great reverence for Mary, something that is often lacking in non-Roman Catholic churches. She was, as the angel declared, blessed and highly favoured!

The doctrine of praying to Mary and the saints comes from some verses of Scripture found in James and Revelation. The Bible tells Christians to pray for one another (James 5:16). Catholic theologians then ask, “What human, other than the God-Man Jesus, is more righteous than Mary? She is full of grace (Luke 1:28) and blessed among women (Luke 1:42).” Roman Catholics believe that while on the cross, Jesus gave Mary to be the mother of all humanity when he said to John, “Behold, your mother!” (John 19:27). What good mother isn’t concerned with her children? Mary loves her children and prays for them.

Along with the other saints, Mary has died and gone to heaven, but that doesn’t mean they aren’t concerned with the Church on Earth. Christians on Earth may be physically separated from Christians in heaven. Still, we are all connected supernaturally in the mystical Body of Christ. Christ has conquered death; what is more powerful: Death or the blood of Christ?

Roman Catholics also quote Revelation 8:3-4, “And another angel came and stood at the altar with a golden censer; and he was given much incense to mingle with the prayers of all the saints upon the golden altar before the throne; and the smoke of the incense rose with the prayers of the saints from the hand of the angel before God.” The text clearly states that angels in heaven are offering up the prayers of the saints. For whom are they praying? People in heaven or hell don’t need our prayers, so they must be praying for people on Earth and in purgatory. Or so the reasoning goes.

Who are the saints?

Much of this depends on the definitions used. To a Roman Catholic, a saint is a Christian who has died after leading a courageously virtuous life, embracing charity, faith, and hope and has at least one attested miracle to their name. To non-Roman Catholics, saints are followers of God (Hebrew Scriptures) or disciples of Jesus (New Testament).

“Saints” is always in the plural in Scripture speaking of a company of God’s people. And they were very much alive. Consider Acts 26:10 where Paul is telling his conversion story: “This I also did in Jerusalem, and many of the saints I shut up in prison, having received authority from the chief priests; and when they were put to death, I cast my vote against them.” It’s hard to lock up dead people in jail.

Mary was blessed for her faith but was still a sinner who needed to accept Jesus, her Son, as Saviour. Consider the story recorded by Matthew, “He was still speaking to the crowds when suddenly His mother and brothers were standing outside wanting to speak to Him. Someone told Him, “Look, your mother and Your brothers are standing outside, wanting to speak to You.” But He replied to the one who told Him, “Who is My mother, and who are My brothers?” And stretching out His hand toward His disciples, He said, “Here are My mother and My brothers! For whoever does the will of My Father in heaven, that person is My brother and sister and mother” (12:46-50). In other words, it’s more blessed to be a follower of Christ than to be the mother of Christ.

After Jesus’ resurrection and ascension, Mary joined the Church as a disciple of Jesus. “They all joined together constantly in prayer, along with the women and Mary the mother of Jesus, and with his brothers” (Acts 1:14).

The Roman Catholic doctrine of Assumption supports the veneration of Mary and the practice of praying to her. The tradition teaches that Mary was taken up into heaven like Jesus – physically and spiritually after she died. Since before the Middle Ages, this has been a popular idea, but not made official doctrine in the Roman Catholic Church until Pope Pius XII declared it so in 1950.

The earliest prayer to Mary, and prayer to the saints, is from the 3rd century. There is no mention of praying to the saints in the Bible. As for mediators? “There is one God and one mediator between God and humanity, Christ Jesus, Himself human.” (1 Tim. 2:5, HCSB)

I’ll finish with a story. As you’re aware, my last name is Buckingham, and I was born in London. My parents emigrated to Perth, WA, in 1971, and I didn’t go back to the UK until Christie and I were married in the mid-90s. Now, consider that I wanted to visit Buckingham Palace. I walk up to the front gates and say to the guards, “Hi, my name is Rob Buckingham. This place bears my name, and I’d like to go in and chat with Her Majesty.” What do you think my chances would be? Did you say, “Zero?” You’d be right!

But, what if I met Prince Charles, and he and I got talking and hit it off? After a while, I tell him I’ve always wanted to see the palace. He says to me that’s not a problem, and off we go. We walk up to the gates, and they open without question. We go into the palace and into the throne room to meet mummy. I’m with the son. I have access.

It’s the same with God. The Bible says, “In him [Jesus, the Son] and through faith in him we may approach God with freedom and confidence” (Eph. 3:12). Not with Mary, not with the saints, but with the Son. Enjoy your freedom!