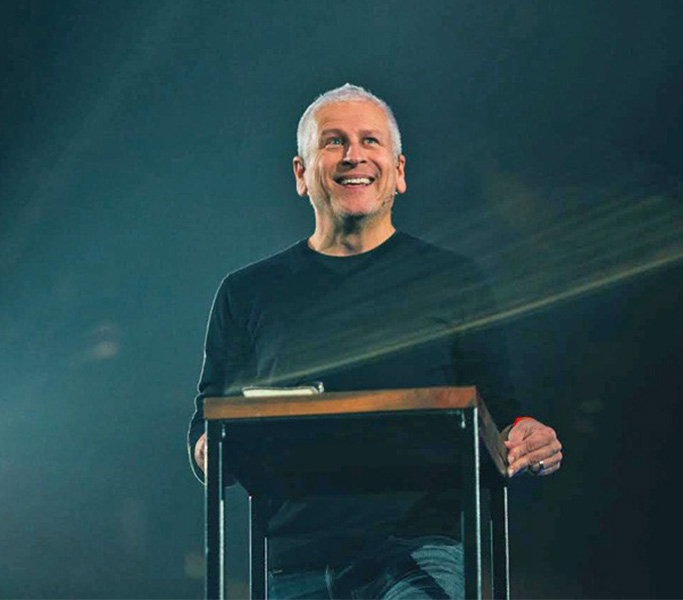 Megachurch pastor Louie Giglio has taken to social media to apologize for comments he made last weekend that have caused uproar.

The senior pastor at Passion City Church was recorded during an online church service stating that the term ‘white privilege’ should instead be changed to ‘white blessing’.

After the weeks America has just witnessed, Giglio, who is one of America’s most high profile pastors and conference speakers, was using his Sunday service to talk about racism and its dangers when he went close to the line on being racist himself.

According to Insider, Giglio was joined by Chick-fil-A CEO Dan Cathy and rapper Lecrae for an “open and honest conversation around how racism has plagued our city for generations, and the steps we can all take to confront it head-on in our church, our neighborhoods, and our hearts”.

He stated that white people regret slavery, but also recognize that they benefited from it. “We understand the curse that was slavery, white people do, and we say, ‘That was bad,’ but we miss the blessing of slavery — that it actually built up the framework for the world that white people live in and lived in,” Giglio said.

“I know that you and I both have struggle in these days like, ‘hey, if the phrase is the trip up, let’s get over the phrase and let’s get down to the heart. What then do you want to call it? A great thing for me is to call it ‘white blessing’ — that I’m living in the curse that happened generationally that allowed me to grow up in Atlanta.”

Giglio tweeted that he was “not seeking to refer to slavery as a blessing” but instead intended to highlight “that we are privileged because of the curse of slavery” after a Washington Post reporter brought attention to the video.

Giglio has been forced to apologize for his comments, which have offended Christians of all races. As one person commented on Twitter, “Watching @louiegiglio talk about “the blessings of slavery” and “white blessings” reminds me that MANY white evangelical leaders are two or three good questions (and a bourbon) away from confessing a white supremacist view.”