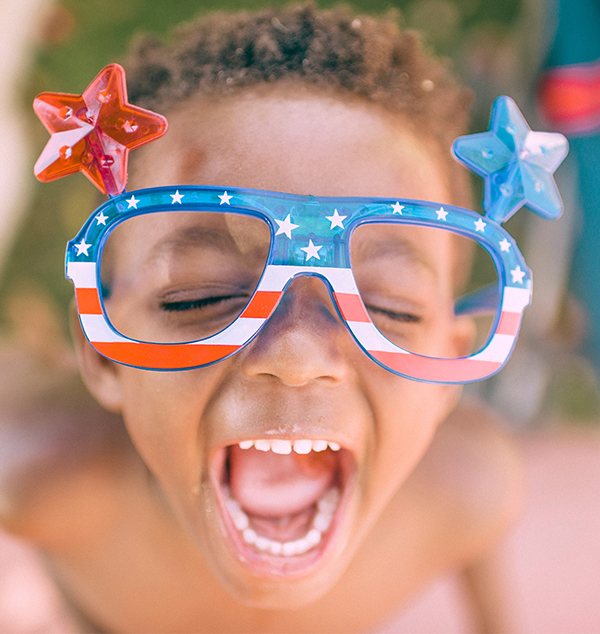 One week ago, I met with an old friend who was born in America but who has spent almost all of his life in Italy. He was struck by how openly and boldly the gospel was proclaimed here in the States, from massive billboards on the roadside to Christian radio and TV.

A few days later, I met with a young man from the Faroe Islands, now studying in Denmark, and wanting to do pro-life work in his home country and beyond. He flew to America to meet with pro-life leaders for input and example, since there was virtually no such movement where he lived.

To these visitors, one 49, with decades of experience on the mission field in Italy, and the other 24, now in medical school with a strong Christian conscience, the Church of America was inspiring in many ways.

My Italian friend, Grant, is a popular Italian actor who now uses his public platform to share the gospel on TV and in other settings. But he has also spent many years sharing the gospel on the streets of Italy with his father’s missions’ team.

He can tell you firsthand that, while there is a lot of traditional religion embedded in the culture, there is very little open gospel witness. Having been to Italy 27 times myself, I can confirm this.

Of course, Grant is more than aware of the carnality and the superficiality of so much of our American Christianity. Yet on his most recent visit, which was much longer than usual, he was struck afresh by how openly and boldly the gospel is proclaimed here.

The young man visiting from Denmark told us that the last pro-life march there drew 30 people. Yes, 30, in a country of 5 million. There were actually more counter-protestors at the march than pro-lifers.

Yet an official Danish website notes that, “In Denmark, 75% of the population are registered members of the Evangelical Lutheran Church.”

How can this be? The website continues, “But less than a fifth of Danes see themselves as ‘very religious.’”

More tellingly still, “Christianity has shaped Denmark’s culture, and the Danish countryside remains dotted with traditional churches. Most Danish cities offer a range of churches that include the Lutheran Evangelical state church as well as Catholic and Pentecostal congregations. However, few Danes go to church on a regular basis. In fact, many go only once a year – usually on Christmas Eve.”

It’s not surprising, then, that Operation World claims that 85 percent of Danes profess Christianity (in this overwhelmingly Protestant country) but only 3.5 percent are evangelicals. Little wonder they are having so little impact, especially in a country that can view committed Christians as fanatical.

Similarly, when it comes to Italy, Operation World claims that 82 percent of Italians profess Christianity (in this overwhelmingly Catholic country) but only 1.1 percent are evangelicals.

That’s why it is not surprising that the Catholic News Agency reported last year that, “Italy’s fledgling pro-life movement finds inspiration in US abortion fight.”

And that’s why it is not surprising that while there are roughly 2,500 pregnancy crisis centers in America, there are none in Denmark. Not one.

In fact, focusing on America, a strongly pro-abortion article on the Mother Jones website reports that “crisis pregnancy centers now outnumber abortion clinics. There are an estimated 2,300 to 3,500 CPCs currently operating in the US while there are only 1,800 abortion clinics.”

It was for good reason that candidate Donald Trump said to 1,000 evangelical leaders in 2016, “You’re the most powerful group in the country, but you have to band together.”

So, the good news is that the Church in America is much more bold and open and socially active than the Church in most other countries. In many ways, we still are the conscience of the nation. We still push back.

The bad news is that, with roughly 90-100 million evangelicals in America (or more), not to mention conservative Catholics and others, only a small percentage of that population is active and involved.

How many of us are actually doing something to save the lives of the unborn? Or to provide help for those who have been born? Or to push back against LGBT activism? Or to stand against societal injustice?

The bad news, then, is that there is a lot of superficiality and even hypocrisy in our midst.

The good news is that the flame is still burning brightly in many of our hearts.

The best news is that if, as followers of Jesus, we would simply practice what we preach and live out our faith, the nation would be shaken overnight.

At this point, the famous Nike slogan comes to mind, and I believe it speaks directly to us today as American believers: Just do it!

Church of America, now is the time to rise and shine.