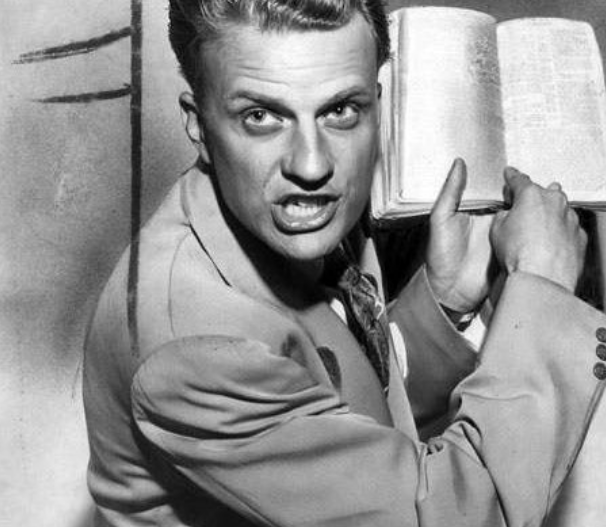 In the early decades of the 20th century – for the most part – the church dropped the ball.  Secular philosophy, spiritual anemia, poor leadership, locked-in traditions, and more were keeping the church from making a real impact in the culture.  In some cases, local churches farmed out the work of the Great Commission to their respective denominations, but even many of those efforts were poorly executed.  Seeing that impotence, a generation of entrepreneurial thinkers moved outside the Church to accomplish what the church wouldn’t do.  Here’s a few examples:

— When it came to global evangelism, Billy Graham stepped outside to launch the Billy Graham Evangelistic Association.
— To reach college and university campuses, Bill Bright started Campus Crusade.
— To harness the media, men like Oral Roberts, Paul Crouch, Pat Robertson and others stepped away from the Church to create national television programming and build their own networks.
— Plenty of others followed in their wake, building humanitarian outreaches, universities, and medical missions.

It was the best thing that could have happened, because it shook the church.  It exposed the lethargy that invaded church leadership.  They inspired a younger generation to action.  Perhaps most of all, whether or not you agree with any particular one’s theology, they often made a powerful impact on a global basis – and in some cases, are still making a positive difference.

That’s the good news.  But there’s bad news as well.  Some of those same leaders built empires that far exceeded the task they were created for.  Without any real accountability, some made their founders rich beyond belief, which in certain cases paved the way for abuse, failure, and embarrassment to the Christian community.  The  organizations became so big they lost sight of the very culture they were created to reach.  As a result, they built mountains of debt.  As many successful organizations do, they became locked in a bubble – not seeing that the world was changing, and shocked when their donors and supporters had moved on.  As a result, today many of these organizations are struggling or collapsing altogether.

But now a new generation of pastor’s has picked up the football that a previous generation of pastor’s fumbled.  Today, many of the most exciting outreaches and projects in the Christian community are being created out of local churches.  In the 1950’s or 60’s few (if any) local churches were building water projects, feeding programs, or media outreaches.  But today, you don’t have to look far in your community to find multiple churches doing all these and more.

While some will certainly fail, and a few will overstep and make mistakes, the vast majority are doing very well.  As a rule, local churches have better accountability, and to be honest, that’s the model the New Testament set up.  There’s nothing inherently wrong with para-church ministries, and I’m proud to have worked with many of them.  The truth is, when the Church dropped the ball, I’m grateful these visionary men and women picked it up and created organizations to accomplish the Great Commission.

But there’s no question a shift is happening, and for me at least, I think it’s a welcome change.