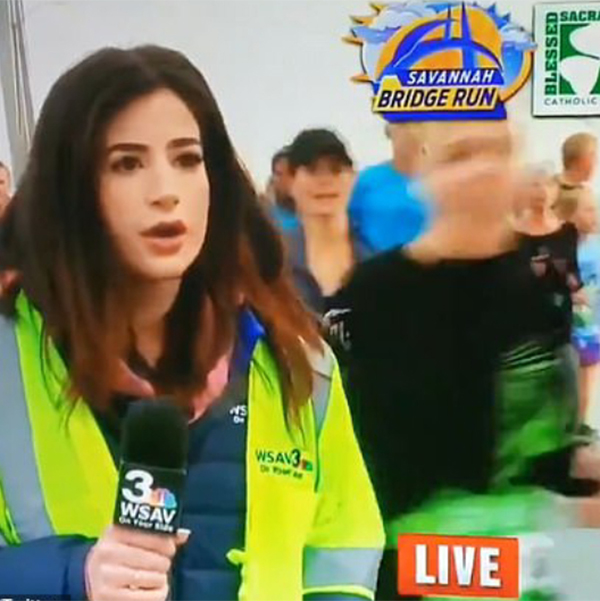 The youth leader who smacked a reporter’s backside during a live cross has been arrested. Georgia man Thomas Callaway, 43, was charged in connection with the incident that occurred while WSAV-TV reporter Alex Bozarjian was broadcasting live during a running race.

Callaway is a youth group leader at his church, Pittman Park UMC, as well as a Boy Scout leader, according to Heavy. He was racing in a 10,000 meter race in Savannah when he slapped WSAV-TV anchor Alex Bozarjian on the rear.

According to The Guardian, Jail records showed Callaway was arrested on Friday afternoon. However, his attorney, Joseph Turner, declined to comment.

Bozarjian was not impressed and took to Twitter to express her feelings. Bozarijian stated on Twitter: “To the ma who smacked my butt on live TV this morning: You violated, objectified, and embarrassed me. No woman should EVER have to put up with this at work or anywhere!! Do better.”

Social media comments immediately supported her, with a search to find who it was that caused the offense. Callaway spoke to Inside Edition to explain his side of the story.

In his first interview since video of him allegedly slapping the reporter on the behind has been viewed more than 10 million times, he stated, “I was caught up in the moment. I was getting ready to bring my hands up and wave to the camera to the audience, there was a misjudge in character and decision-making. I touched her back; I did not know exactly where I touched her.”